Portable gaming has gone through a lot of ups and downs. When the Nintendo Gameboy came out in 1989, it pretty much defined handheld gaming. These days, portable gaming really isn’t the same anymore. Once again Nintendo has managed to define what the term means in the modern era.

However, they’re going to have some competition this time around. Game streaming is becoming a more viable option as time goes by. On top of that, we’ve got access to more powerful gaming laptops than ever before. So could 2020 be the year that portable gaming becomes the industry standard? 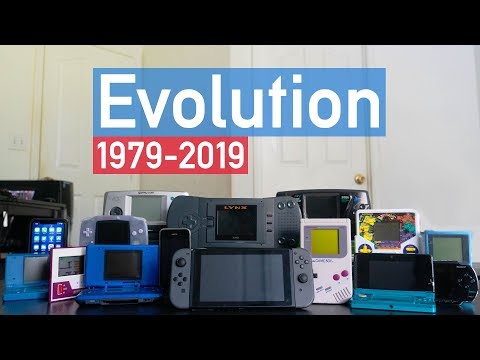 The Nintendo Switch has really started to come into its own recently. Many games that were once tied down to home consoles can now be played on the go. Nintendo seems to have finally managed to break their complete dependence on their own IPs and have embraced major developers fully while still retaining their own strong IPs.

With the Switch making portable gaming more accessible than ever, it would be silly to discount the effect it’ll have on the industry. However, there is another major development that will have a key impact on how portable gaming will change over the next year.

The first major development is game streaming. While PSnow has been around for a while, it hasn’t managed to pull off the level of technical expertise to make it a viable way of playing video games. Microsoft’s Project xCloud and, to a lesser extent, Google Stadia have massive potential if they can jump the technical hurdles.

What the Future Holds

If game streaming can come out and hold its own with home consoles, it will dramatically shape portable gaming. If you think that mobile games are big now, think how big they’ll become once major gaming companies realize the potential of streaming high-fidelity software to smartphones.

It’s likely that we’ll start to see some dedicated apps over the next years that take advantage of streaming. The new wave of portable games may allow us to have an experience akin to next-gen consoles, played on almost any level of phone or tablet. Once hardware’s specifications start to matter less, we may actually start to see low to mid-range tech get cheaper, although that will drive the price of more niche high-end phones through the roof.

Additionally, if the industry begins to refocus more on portable gaming, then we may see gaming laptops become more common. They’re not uncommon as it is, but many PC gamers prefer desktops for their cost efficiency and the ability to upgrade. If gaming laptops can embrace modular design, then we might see them outstrip desktops in their popularity.

Home consoles will always have their place. Personally, I wouldn’t be shocked to see that position diminish over the next few years. It might be that playing your portable games on the big screen becomes the standard, rather than having dedicated hardware tied down to your home.