The novel coronavirus pandemic has wrecked economies around the globe and India is no different. According to the latest data from the Centre for Monitoring of Indian Economy (CMIE), unemployment in the country surged to 27.1 percent for the week that ended on May 3.

The CMIE points out that as many as 121.5 million Indians lost their jobs in April as the country remained in lockdown throughout the month.

India’s unemployment rate stood at 6.74 percent on March 15, just over a week before the lockdown was initiated. The lockdown is now in its seventh week, and the bad news is that cases continue to spike despite the efforts to contain the COVID-19 spread.

Coronavirus cases in India have started spiking in May

On April 30, India had close to 35,000 coronavirus cases. By May 5, that case count ballooned to nearly 50,000. The daily case count has started spiking as evident from the 3-day moving average.

This doesn’t paint a good picture for the country’s economy as the original lockdown – initiated on March 25 for a period of three weeks – has now been extended twice. The country decided that it needed a second phase of the lockdown that was supposed to end on May 3, but another two-week extension was added to contain the spread.

As the case count spikes in May, there are chances that the government may be forced to extend the lockdown once again. The south Indian state of Telangana has already extended the lockdown until May 29. It won’t be surprising to see more states going down the same path if the current trajectory continues.

Another lockdown extension could spell more trouble for the economy that was already in tatters last month. According to IHS Markit, the Indian economy contracted at a staggering annual rate of 15 percent last month. Economic contraction for the April-June quarter is pegged at 5.2 percent, according to a Reuters poll.

But if April numbers are anything to go by, the actual contraction could be much more severe. The Purchasing Manager’ Index (PMI) for India’s services industry plunged to just 5.4 in April as compared to 49.3 in March. Any number above 50 indicates economic expansion. The composite PMI also fell to just 7.2 in April from 50.6 in March, the lowest on record.

These numbers clearly indicate that the novel coronavirus has severely crippled India’s economy. Things could get worse this month as the lockdown continues, and the lack of a significant stimulus package from the government could exacerbate the blow.

The Indian government had announced a $23 billion stimulus package at the end of March to aid the poor who were impacted by the lockdown. That was not even 1 percent of India’s $2.7 trillion GDP. The problem is that India doesn’t have much fiscal headroom to provide stimulus packages.

KV Subramanian, the chief economic adviser of India, has already indicated that India’s economic stimulus to fight the negative impact of COVID-19 may not be as large as other developed nations.

For instance, the government is planning to release an economic package for MSMEs (micro, small and medium enterprises) soon. But the figure of 20,000 crore Indian rupees (roughly $2.64 billion at the current exchange rate) may not prove to be enough as there are over 63 million MSMEs in the country. 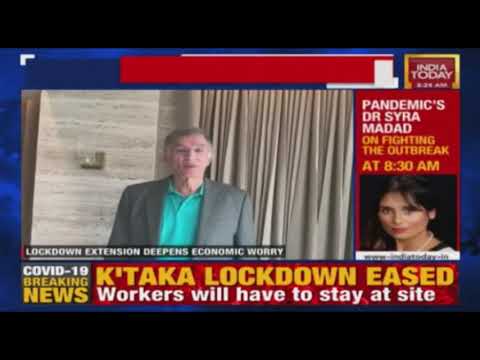 With small retailers in India reportedly employing around 40 million people, the Indian government may have to come up with a bigger package to support them. That’s because the lockdown has cut off cash flows for these MSMEs, putting them in a position where they may have to shut down.

Industry participants believe that 60 percent of MSMEs in the country may be forced to wind up and 70 percent may not be able to pay salaries for this month. Cash flow can only improve if businesses are allowed to open up once again. But with coronavirus cases in India now trending up, it remains to be seen when things will get back to normal.

The government of India has designated red, orange, and green zones in the third phase of the lockdown depending on the number of infected coronavirus cases. The government is allowing restoration of economic activities in the green zones to quite an extent, but with several restrictions. Orange zones face larger restrictions, while the red ones continue to remain shut.

The problem is that maximum economic activity in India takes place in the red zones. So, until and unless those red zones turn into orange or green, a large part of India’s economy will remain under duress and more people might lose their jobs.