Coronavirus Could Force Donald Trump to Admit Obama Was Right

Donald Trump and Republicans are hesitant to revive Obama’s legacy by expanding Medicaid, but it may be essential to contain coronavirus. If they don’t act, the damage could be much more severe.

While stimulus checks promised in Congress’ $2 trillion coronavirus relief bill haven’t made it into the hands of most Americans yet, there’s already talk of what the next one will include. 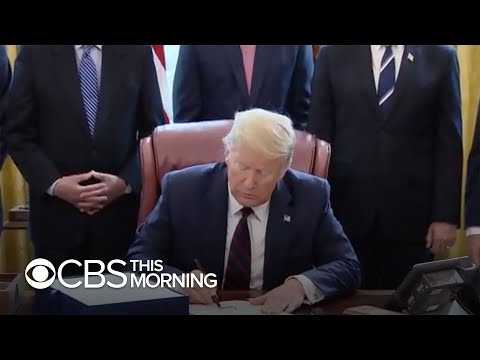 As America’s battle with coronavirus stretches further into the future, the economic pain is starting to look deeper than expected. That could require more intervention from the U.S. government to bridge the gap and re-start the economy. Lawmakers in Washington have already started to squabble over the matter, suggesting the flimsy bipartisan unity that saw the last bill through Congress has all-but dissolved.

Republicans are hesitant to move forward on negotiations regarding a Phase 4 deal, according to White House economics reporter Jeffrey Stein.

Democrats say the government will need to shell out for increased Medicaid coverage and state aid, but the response from the other side of the aisle was a resounding “No.”

The Wall Street Journal also reported that Republicans are hesitant to commit to another aid package. House Minority Leader Kevin McCarthy said he’d like to see how the current coronavirus stimulus checks impact the economy before working on more aid.

I would hope anybody that’s talking about a phase four would pause right now. Let’s make sure this is actually working in the process and be smart, get the data back of where—if—we do need more help.

But considering the scope of the economic shutdown in America, another aid package is likely. Unemployment is set to climb to all-time highs, which could trigger a dangerous credit crunch for banks that are depending on loan repayments. The $1,200 coronavirus check that Congress has promised may keep the economy on life-support through April, but it certainly won’t last through May.

Public Health Vs. The Economy

Most are expecting lawmakers to get to work on the next coronavirus stimulus package in late April once the length of the shutdowns becomes more apparent. But with November elections drawing nearer, party politics will probably play a role.

Coronavirus has brought to light some of the disparities in the existing healthcare system in the U.S. A subsection of Americans deemed “the working poor.” Their jobs don’t offer healthcare, but their incomes don’t qualify for Medicaid. And now they’re at risk of contracting and spreading coronavirus.

They are considered “essential” workers. Many are cashiers, childcare workers, or delivery drivers. They’re at a higher risk of contracting the virus, yet they’re the least likely to get medical attention. Their lack of insurance means they can’t afford to be hospitalized and therefore are unlikely to go to a hospital unless their illness becomes life-threatening.

Trump Is Caught in a Medicaid Trap

William Luking, who works as a doctor in rural North Carolina, said he’s seen suspected coronavirus patients refuse to go to the hospital because they can’t afford it.

How many folks with this virus are going to be making the same decision? That same scenario will play itself out here real quickly with folks soldiering on doing their minimum wage work while carrying the virus without seeking care. It has all the makings of a disaster.

While the Trump Administration has been discussing the potential of reopening Obama’s Affordable Care Act registration window, doing so could be political suicide. After all, Donald Trump based his entire campaign in 2016 on undoing Obama’s legacy.

Then again, the ramifications of not acting could be far more severe.