Remakes are big business. Not only are they based on familiar concepts which have worked before, but they also have a built-in audience of everyone who feels nostalgic towards the said property. This is why Capcom has had such success with the Resident Evil remakes. It is also why they’ve just trademarked Dino Crisis again.

Now there’s no guarantee that this trademark means a new Dino Crisis game. But looking at the way things have been going for Capcom lately, it would be foolish for them to release nothing at all. After all, what could be closer to the beloved Resident Evil series than a game which was basically the same with added dinosaurs?

Dino Crisis Remake on the Way?

Capcom already filed a trademark for Dino Crisis in the last few years before this one. Back in early 2018, the company did the same thing – for the first time in 18 years. Obviously, nothing materialized then, and since it had been so long, it is possible they were just trying to keep up the trademark on their IP.

With two such trademarks coming so close together, this new one seems more than likely to be for some specifically planned Dino Crisis content. With Resident Evil 2 Remake doing so well for them, it is likely that they’ll release a new version of the first game in the Dino Crisis series over the next few years.

After all, what would be the point in filing another trademark the year after you already registered one? Indeed, looking at the 2018 trademark filing, it seems to be broad. It mainly concerns getting the trademark on paper to ensure Capcom still owns Dino Crisis. This new trademark seems to speak of specific ‘game programs’ and ‘game software’ (apparently different things). That could certainly mean that we’ll see a new Dino Crisis game in a year or two. 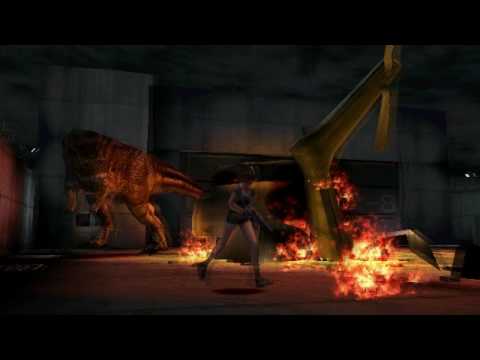 Why This Was Bound to Happen

With the massive sales numbers for Resident Evil 2 Remake, Capcom was probably searching through their IP catalog to see what they had lying around. Dino Crisis is so close to Resident Evil in both tone and gameplay. Of course they were going to go with that.

I for one am not unhappy at the prospect. Dino Crisis was a great game, and these days dinosaurs are less passe than zombies. Of course, there’s nothing as iconic as the tyrants in Dino Crisis. Unless you count the T-rex. At this point though, a dinosaur franchise not having a T-rex just makes it feel empty.