One Direction fans are no doubt hemorrhaging with joy. Their main man, Harry Styles, is set to replace Shia LaBeouf in a new Olivia Wilde thriller.

The film takes place in a 1950s desert utopia community–but something is amiss. Co-stars Chris Pine and Florence Pugh round out this all-star cast.

But the question remains: does Styles have the chops to replace Shia LaBeouf?

Harry Styles Has Been in One Movie

I’m not saying Harry Styles is a bad actor. He shocked the world by churning out a solid performance in 2017’s Dunkirk.

But according to his IMDb page, that’s the only film he’s ever acted in.

Check out his best scenes from the movie:

It’s an admirable debut, but he’s trying to fill the shoes of Shia LaBeouf. 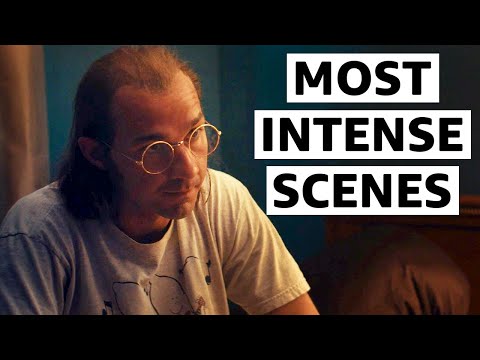 Can you feel the difference? Harry Styles does a nice job keeping us in the scene. Shia LaBeouf is the scene. One can only assume he was slated to play a disturbing character as Pugh’s husband in the upcoming thriller.

If that’s true, can Harry Styles, the member of a teeny-bopper boy band that was formed “X-Factor,” come close to his intensity?

According to Deadline, Harry Styles is replacing Shia LeBeouf because of “scheduling conflict.” That means LeBeouf is busy; he’s in-demand.

And he should be. He was winning acting awards when Harry Styles was still in elementary school.

Don’t get me wrong; Harry Styles could absolutely step up to the plate and knock this out of the park. But let’s be honest about what’s going on here.

New Line is replacing an A-list actor with someone they know will bring more attention to the film. They want Mr. Styles because he already has a large fanbase, not because he’s an amazing actor.

That’s why Hollywood agents are creeping on TikTok and turning these influencers into actors. They want their massive following to bring attention to whatever project they put them in.

Harry Styles might be an exception with actual real talent, but the trend is disturbing, and it’s eventually going to show in the quality of the content.