The rapper has made clear that his infamous 2015 song, “IDFWU,” isn’t about his late ex, Naya Rivera, even though it was long believed to be about the late “Glee” star.

That isn’t stopping “cancel culture” from coming for the rapper — and they’re wrong for doing so. 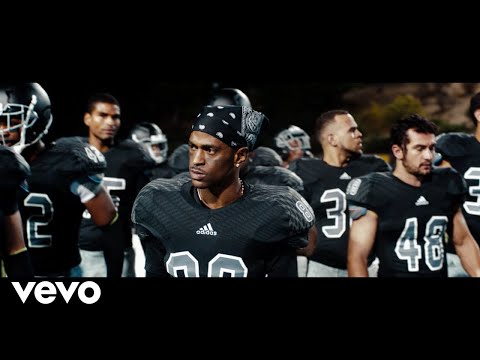 Yeah. He was mad. You might even say he was, uh, big mad.

And since this was released around the same time as his breakup with Naya Rivera, people naturally assumed that the two events were connected.

But Big Sean has made clear that the song is not, in fact, about Rivera — who died tragically over the summer.

It wasn’t a diss to her. I truly made the song and played it for her. She knew about it, and she liked it. We had a breakup that was very public, and we were young and we forgave each other and moved on from that.

He went on to say that if he had any idea that Rivera — who he split from back in 2014 — would die as tragically as she did, he never would have released the song at all.

And for this, “cancel culture” feels he should be next on the chopping block.

I’m no fan of Big Sean — I think his songs are trash, actually — but even I think this is way over the top.

We All Make Mistakes

When “cancel culture” is doing the right thing, it brings down people like Harvey Weinstein, Bill Cosby, R. Kelly, and Chris D’Elia. There are some people whose sins are so egregious that they deserve to be canceled on the spot. And this is especially true if they show no remorse for their actions, nor do they show any willingness to engage in a course correction until it’s too late. (Ask Ellen DeGeneres how being “strong and wrong” worked out for her.)

But that’s not the case with Big Sean.

Sure, he was a jerk back when he and Rivera first broke up. Remember the watch-stealing incident? Twitter certainly does.

But I challenge anyone who’s over the age of 25 that’s had more than one relationship to tell me that they’ve always responded to breakups appropriately.

It so happened, in this case, that Big Sean and Naya Rivera had raw emotions back when they first broke up. And, as the rapper made clear, they both moved past it (he went on to have a relationship with Jhené Aiko, she went on to get married and have a child just three months after they split).

Big Sean has moved on. Naya Rivera moved on. It’s time for “cancel culture” to do the same.