By CCN.com: Socialist Grumpy Cat Bernie Sanders continued his foolish economic crusade for a $15 minimum wage, ginning up support at a series of Thursday rallies.

Delta wasn’t going to stand for it, though, and issued a blistering retort to Bernie Sanders.

“As Bernie says, this is not just a campaign, it’s a movement. We’re building the largest volunteer army in the nation not just to win the Democratic nomination, but also to mobilize people to show up in key fights where people’s lives and livelihoods are on the line.”

If they had, they would’ve noticed the increasing number of robot kiosks taking orders, while the more expensive humans have been relegated to handing out the food. 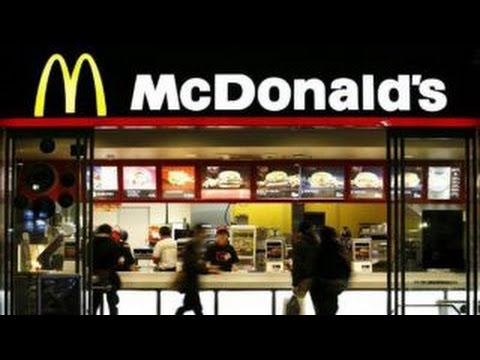 If they’re smart, those same humans have been brushing up on basic economics and how to improve their skill sets so as not be tied to jobs that pay minimum wage.

“If Amazon can raise their minimum wage to $15 an hour there is no reason that McDonald’s, a company that took in $1.4 billion in profit and paid its CEO $22 million, can’t pay its workers a living wage.”

But here’s the dirty secret: What the perpetually-constipated Bernie Sanders doesn’t even know is that over 80 percent of McDonald’s stores are franchised. That is, they are owned and operated by hard-working, entrepreneurial Americans who pay a royalty to McDonald’s, and are neither making $22 million per year personally or $1.4 billion annually at their stores.

On the contrary, a store operating at peak efficiency and traffic might net its owner about $153,000 per year. Considering that it cost over $2 million to buy the store, much of that profit goes to servicing and paying down that debt.

Asking those owner-operators to increase their labor costs by 60% from the current minimum wage isn’t a very bright idea, which is again why Skynet is running the ordering kiosks. It won’t be long before the humans are gone from behind the counter, and the food just passes by on a conveyor belt.

Unionizing Will Only Put the Bernie Bros Out of a Job

Alas, Bernie is too busy enjoying life in his three homes to bother understanding how McDonald’s works. He also whips up protests against McDonald’s every few months. 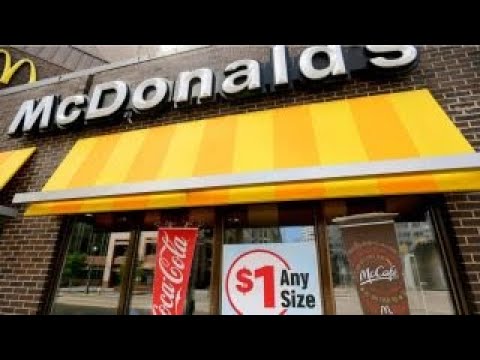 “We’re going on strike to demand union rights. We need a union for basic things like healthcare, a seat at the table and respect. I’ve been working in the fast-food industry for about 11 years.”

Any worker who chooses not to improve his skill set and remain at McDonald’s for eleven years doesn’t deserve respect. He’s not a self-starter, and neither are his “Fight for 15” pals.

BREAKING: #FightFor15 workers in Chicago are ON STRIKE—and we'll be joined by Governor @JayInslee on the strike lines! We've walked out and are on the march because we need $15 and union rights NOW. It's time @McDonalds listen to us! https://t.co/CLKtk8MhxG pic.twitter.com/IacEjCMnKo

Unionizing won’t make a difference, because McDonald’s owner-operators will just move on to the next person in line in need of a job and tell the union to take a hike.

All of this falls on deaf ears when it comes the tone-deaf Bernie Sanders because this is typical of leftist policy. They crow about improving conditions for one group or another, yet their policy suggestions always make things worse.