The Final Fantasy VII Remake demo is finally here. Now we get to see what the game actually plays like. Overall, it’s a mixed bag. The combat is pretty decent, but the dialogue is…interesting.

While the demo is sure to excite fans of Final Fantasy VII, it will probably get a lukewarm reception from new players. Whether the demo gets you excited or not, it’s probably going to make the game even more popular than it already was.

Whether or not you think the Final Fantast VII Remake demo is good or not is certainly a matter of opinion. If you’re a huge fan of the original game you’ll probably enjoy it. If you’re not, then it could go either way.

As someone who wasn’t particularly optimistic about it in the first place, this demo didn’t change much. The combat flows well enough, and the world is designed well. But, the characters’ dialogue seems really awkward, and the first boss in the game is a long, drawn-out affair.

At the very least the game is going to look good. If you’ve been waiting to see Final Fantasy VII Remake bring the original game into the 21st century then you won’t be disappointed. And, let’s face it, even if the demo was a steaming pile of trash it wouldn’t really have mattered. 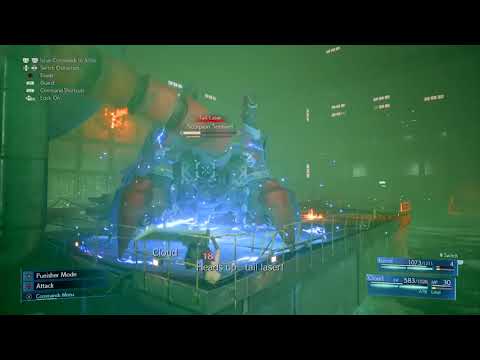 If you’re the sort of person who is prepared to write an angry e-mail or Tweet aimed at me as we speak, then you’re probably going to buy the game regardless of what anyone thinks. At this point, you’re just annoying yourself by reading people’s thoughts on it.

It won’t matter to you that the first boss in the game feels badly designed for an action RPG. The fact that it’s possible to get stun-locked by an attack that the boss uses too much won’t bother you. Neither will the fact that your damage output feels severely lacking against lots of foes. Or the fact that you don’t appear to be able to flee a fight for that matter.

Hopefully, some of this might be fixed when Final Fantasy VII Remake comes out. If not, I’m sure lots of people will buy the game anyway. Nostalgia is a powerful tool after all, and nothing quite seems as good as it did back in 1997, does it?