Apple announced the release of the new Apple Watch Series 6 at the virtual product launch. The company’s strategy – the new Apple Watch will have the first variant that doesn’t need an iPhone to work – shows it believes the watch series could become a dark-horse for APPL stock in Q4.

Three factors could push the optimism for the Apple Watch to spill over to the APPL stock price. The catalysts are the 3-tier segmentation, further domination of wearables and health markets, and Singapore’s support.

Factor #1: Apple Watch Has 3-Tier Segmentation For the First Time

All of Apple’s core flagship products, including the iPhone and iPad, have multi-tier segmentations.

The diversity of the Apple Watch series indicates the company believes it could continue to grow rapidly.

The APPL stock price dropped by 13.89% from its recent peak after the unexpected Nasdaq correction. But since March 23, the stock price has risen 105.99%, demonstrating strong momentum.

If the demand for the new Apple Watch series meets the company’s expectations, it could serve as a fresh catalyst for APPL stock.

It is also critical to note that the iPhone, the Apple Watch, and the iPad have matching three-tier segmentations. As one pseudonymous user wrote:

The strategy shows Apple’s confidence in the Apple Watch evolving into a flagship product alongside the iPhone and iPad.

Factor #2: Further dominance in the wearables and health space

Global smartphone sales have been stagnant for long periods. Although analysts say an Apple supercycle is nearing, the diversification of revenues is key to maintain its $2 trillion valuation.

The aggressive expansion of the Apple Watch line could allow APPL stock to sustain its momentum over the long run.

By focusing on the watch, Apple could retain its dominance in the wearables sector and target the healthcare market.

CCN.com previously reported that healthcare could evolve into a major market for Apple in the long run.

Henrik Berggren, the founder of diabetes clinic Steady Health, said that Apple could develop a “complete game-changer.” He said:

“If they came out with a blood sugar or blood pressure monitor that was non-invasive and continuous, it would be a complete game-changer.”

The latest Apple Watch Series 6 allows users to measure their blood oxygen levels in a non-invasive way. The photosensors and LED lights monitor the light from the blood to measure oxygen.

Apple’s first launch event in 2020 is met with significant optimism. Watch the video below: 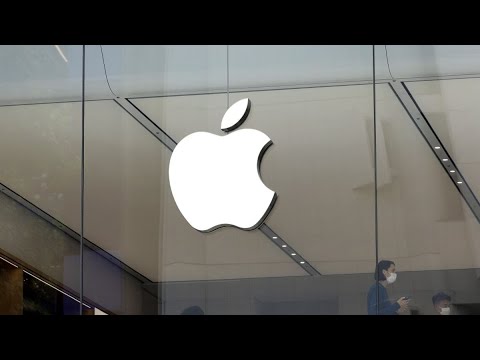 Factor #3: Governments in Support of Apple

“This partnership between Singapore and Apple will enable Singaporeans to lead healthier lives, but equally important, it will contribute valuable insights to improving the health of people all over the world.”

Various partnerships and Apple’s push of the Apple Watch would continue to strengthen the firm’s presence in the healthcare sector.