Apple (NASDAQ:AAPL) is on track to become the first $2 trillion company in history, Wedbush analyst Dan Ives said in January. A large part of the strategy to fuel future growth seems to be the healthcare sector.

The tech giant made strides in the wearable sector throughout 2019. The Apple Watch—the firm’s flagship wearables product—will likely be the company’s pathway into America’s $3.5 trillion healthcare industry.

To offset the decline of the mobile phone market, Apple diversified into wearables and online streaming.

The Apple Watch and AirPods Pro saw explosive demand in late 2019. According to IDC, the firm dominated the wearables market last year with a 35% market share. Apple officially recorded year-over-year growth of 195.5% in the wearables space.

The success of the flagship watch primarily drove Apple’s entrance into the healthcare sector. Apple Watch provides various health-related services, including heart rate monitoring and fall detection alerts. As the clientele of the Apple Watch grew, Apple naturally swayed to the healthcare market.

It really was a catalyst for the industry because it was the first time a consumer device began to infiltrate the clinical environment in a high volume way.

Now, CNBC reports that the firm has a large team of doctors, engineers, and health specialists to aid the development of both software and hardware for healthcare.

The company’s current services in the healthcare market are narrowed down to four products:

Apple achieved a $1.5 trillion valuation mainly due to its dominance of the mobile phone, computer, and wearables market. Doctors say Apple Watch is only the beginning of the company’s foray into the healthcare sector.

A Game-Changing Product Left to Develop

The Apple Watch can infiltrate into so many submarkets within healthcare. According to Henrik Berggren, the founder of diabetes clinic Steady Health, blood pressure monitoring would be a game-changer for Apple:

If they came out with a blood sugar or blood pressure monitor that was non-invasive and continuous, it would be a complete game-changer. 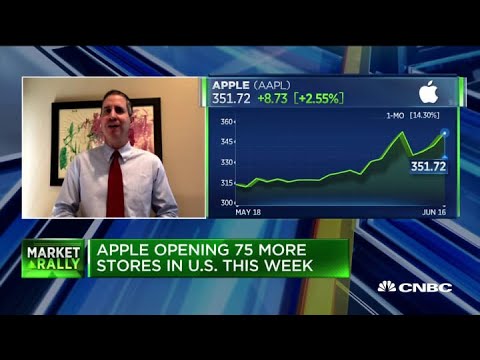 If Apple can track and observe more health-related data in areas including sleep, blood pressure, and food intake, analysts foresee the company evolving into a dominant force in the industry.

Disclaimer: The opinions expressed in this article do not necessarily reflect the views of CCN.com and should not be considered investment or trading advice from CCN.com. The author holds no investment position in the above-mentioned companies.