Peloton stock has since rebounded, but just barely:

As of the close Jan. 29, Peloton stock traded for $31.50/share. Considering recent market performance, they aren’t exactly setting the world on fire.

When it comes to future price movements, it’s a battle between bullish analysts and bearish short-sellers. The analyst community remains positive on Peloton’s prospects. But short-sellers? Not so much. Eighty percent of Peloton’s float remains sold short.

Who’s right and who’s wrong? Let’s take a look at upcoming catalysts and see what the future holds for Peloton stock.

Analysts Could Be Right, but Heavy Selling Is on the Horizon

Recently, Wall Street analysts have talked up Peloton stock’s bullish potential. Bank of America analyst Justin Post believes Peloton faces less competitive risks than assumed. In his view, Peloton has “far exceeded” its rivals in terms of monthly downloads. Peloton’s move to build a lower-priced treadmill is another positive for the stock.

What about the company’s upcoming Mar. 24 IPO lockup expiration? At that time, pre-IPO investors can start unloading their shares. In other words, there’s downside risk for Peloton stock. Komp takes an alternative opinion. He sees shares already pricing in the IPO lockup risks.

Yet, there’s reason to fear downside post-IPO lockup. Investors in the company’s past venture capital funding rounds are sitting on massive gains. If they cash in en-masse, shares could take a big tumble.

Look what happened after the Beyond Meat IPO lockup expiration:

Shares tumbled more than 50%, as insiders cashed their chips. Beyond Meat has rebounded tremendously so far in 2020. But short-term, insider-driven selling pressure could impact Peloton stock.

In the Meantime, a Short-Squeeze Could Happen Post-Earnings

But with so many short-sellers crowded in this play, collectively, they leave themselves exposed to a short-squeeze.

So far, this has not happened. But, with the company’s earnings release set for Feb. 5, it could occur if results exceed expectations. Take a look at what happened with heavily-shorted Rite Aid (NYSE:RAD) stock back in December. Shares more than doubled after beating earnings estimates.

However, this is a possibility, not a prediction. It’s tough to handicap how earnings results will turn out. But keep this in mind when assessing Peloton shares.

Peloton stock may be treading water now but in the coming months, shares could see big moves, upward or downward.

If Peloton beats on earnings next week, shares could skyrocket on a short-squeeze. Conversely, Peloton could head lower come March, as the IPO expiration period ends.

Bottom line: the analyst community may be confident in Peloton’s prospects. But with volatile factors at play, Peloton stock may mean a roller coaster ride for investors.

Disclaimer: The above should not be considered trading advice from CCN.com. As of this writing, Thomas Niel did not hold a position in any of the securities mentioned in this article.

September 21, 2020 No Comments
← PreviousWhy I Will Never Fly on a 737 MAX
Next →Facebook Stock Has Bigger Problems Than That Ugly Earnings Report 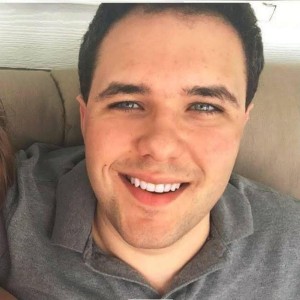 Ahead of Earnings, Tesla Stock May Have Gotten Ahead of Itself