Skeptics of the Los Angeles Lakers’ dominant start were rewarded on Sunday at Staples Center, when Luka Doncic and the Dallas Mavericks ended the purple-and-gold’s 10-game winning streak in strikingly-casual fashion. The Mavericks beat the Lakers 114-100, giving Los Angeles its worst loss the of the season as a previously toothless schedule was finally becoming far more difficult.

Was the Lakers’ 15-2 binge to begin the season a true reflection of their standing at the top of the league? Or a win-loss total inflated by the league’s easiest schedule over the first six weeks of 2019-20?

The answer came quickly, as two days after losing its first game since Nov. 10, Los Angeles embarked on arguably the toughest road back-to-back in the NBA.

First came a matchup with the Denver Nuggets on Tuesday in the high altitude of Pepsi Center, one of the league’s toughest places to play. Though the veteran Lakers appeared gassed at times, they were nevertheless in control from the opening tip, relying on a re-engaged defense that had recently grown lackadaisical to beat Denver 105-96. 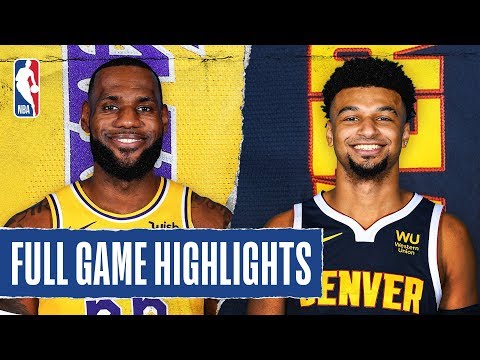 Los Angeles was back at it in similar climes less than 24 hours later, visiting the Utah Jazz in Salt Lake City.

The Jazz had been struggling and were playing without Mike Conley, but hosting their hated, league-leading rivals from Southern California served as the perfect opportunity to end a minor slump. Instead, the Lakers raced out to a double-digit lead late in the first quarter, later pulling further away from Utah for a 121-96 victory that allowed LeBron James and Anthony Davis some valuable fourth-quarter rest. 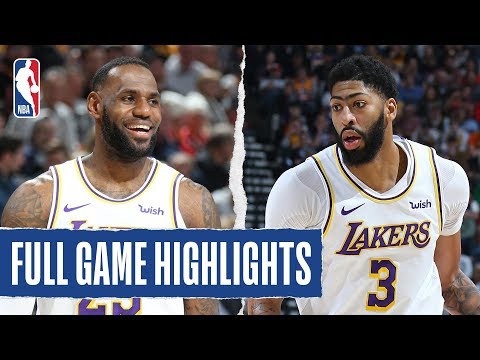 So much for Sunday’s loss to Dallas being a harbinger of what’s to come. Los Angeles not only put together perhaps the most impressive back-to-back performance of the season, but did so with the comfort and confidence of a team that knew it was time to make a statement.

More Tests Coming for the Lakers

A note of caution: The Lakers’ December schedule isn’t softening any time soon. Eight of their remaining 11 games this month come against teams currently in playoff position, and seven of them will be played on the road. That stretch includes a pair of games against the surging Portland Trail Blazers at Moda Center, too.

And as impressive as Los Angeles was against Denver and Utah, the early-season schedule has no doubt contributed to its success. The Lakers’ strength of schedule to date ranks last in the Western Conference, according to Basketball Reference. A whopping 14 of their 22 games have been against teams under .500, while just five of their 19 victories have come versus foes with winning records.

.@getnickwright's Laker narratives so far this season:
🔲 Hot start & schedule blaming
🔲 Is the West actually as good as it once was?
⬛️ Lakers shouldn't be trying this hard

"There's not a lot of excuses left other than to say, 'That's the best team in basketball.'" pic.twitter.com/pi5WdY7gzW

Obviously, all any team can do is play the schedule in front of it. Los Angeles bears no culpability for its gift of an October and November schedule, and it’s played about as well as can be expected. The Lakers’ +8.4 net rating ranks second to the Milwaukee Bucks, who happen to be the only other team to rank top-six in both offensive and defensive efficiency.

Los Angeles proved over the last 48 hours that its start is no fluke. Just because the Lakers are definitely for real, though, doesn’t mean they won’t suffer the same labors that befall almost all championship favorites – perhaps as soon as next week.

← PreviousWatch Out NFL, the Baltimore Ravens Have a New Secret Weapon
Next →NBA Would Open Pandora’s Box by Awarding Houston Rockets a Win via Protest