Delta Airlines headlined the tailspin with raised cost projections going into the third quarter. The rest of the airline industry got dragged down by the news. The sell-off was far more pronounced than either the Dow’s 1.86% plunge or the S&P 500’s 1.79% drawdown.

Analysts Got Airline Stocks All Wrong

Predicting stock performance is something like trying to predict the weather. Using the best models and all the available data, the system is sometimes too chaotic for even the best traders to be certain.

On CNBC’s Trading Nation last month, Bill Baruch, president of Blue Line Futures, said it was time to buy airline stocks. On Sept 25th, an analyst at the Motley Fool recommended Delta as the top airline stock pick. His second pick, Alaska Air Group (NYSE: ALK), was down 3.51% to $62.72 per share in Wednesday’s airline sell-off.

Then on September 30th, a senior special writer at Barron’s wrote:

“The smart money, it seems, avoids airlines. Perhaps it shouldn’t.”

And just this Tuesday, a research analyst at Lombardi Financial sang the praises of airline stocks. He points out that Warren Buffett is a big fan of these dividend-paying securities.

Why Are Airline Shares Grounded?

According to Barron’s, the carrier announced: “unit costs will be up 1.25% in the quarter as well, above its previous expectation for 1% to 2%.”

The company expects those cost increases because of ongoing salary negotiations with aviation mechanics.

Aircraft mechanics earned an average of $30.07/hour in 2017, with an average annual salary of $62,540. That makes for a comfortable, above-average U.S. income, but the mechanics union is negotiating for a raise. 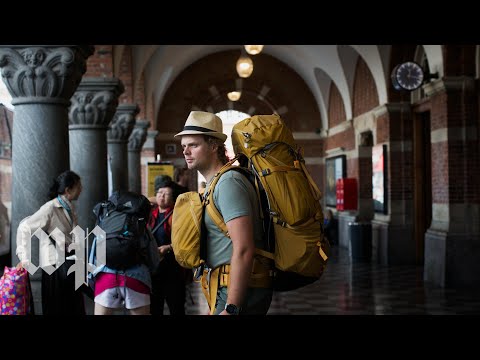 In Europe, an eco-anxious phenomenon called “Flyskam” (Norwegian for “Flight Shame”) is slowing air traffic. It’s another potential threat to airline profits. In Norway, domestic air traffic is down as much as 11% over last year.

Just as airline stocks plunged Wednesday, the BBC reported the results of a startling survey by Swiss Bank UBS:

“After surveying more than 6,000 people in the US, Germany, France and the UK, UBS found that 21% had reduced the number of flights they took over the last year.”

The respondents say they cut back on air travel due to climate change concerns.

“With the pace of the climate change debate, we think it is fair to assume that these trends are likely to continue in developed markets.”

About three-quarters of respondents said they would be happy to fly in an all-electric or hybrid airplane. Elon Musk says an electric plane will be feasible within five years.