Google Stadia may not be the most popular gaming service in history, but it has a cult following. Cult might even be too fitting of a word. The fan communities of Reddit and Twitter are zealous with their love of the service. Despite this, wider perception seems to be that Google Stadia isn’t all that great.

Recently Google tweeted that they’d finally be adding achievements to the service, bringing themselves in line with the year 2009. It seems pretty apparent that this new addition isn’t going to actually save Google Stadia. In fact, it’s barely going to help anyone at all.

Achievements Are the Least of Google Stadia’s Problems Right Now

Achievements are pretty great. Well, at least achievements are great if you’re the type of gamer who enjoys hunting for achievements. Regardless, it’s a nice touch for the users of a particular console or gaming service. Having said that, they don’t really do anything.

Adding achievements to the service should definitely not have been a major priority for Google. Possibly fixing the broken performance issues would have been a better bet, maybe even making it so that those things which were promised during the lead up to Google Stadia’s release weren’t lies.

Does everyone remember when Google said that the Stadia was going to have 4k 60fps gaming? Do you also remember how that has not proven to be the case for some of the biggest titles on the service? It just seems so weird to think that getting virtual awards into your gaming service was more important than making it work properly and telling the truth. 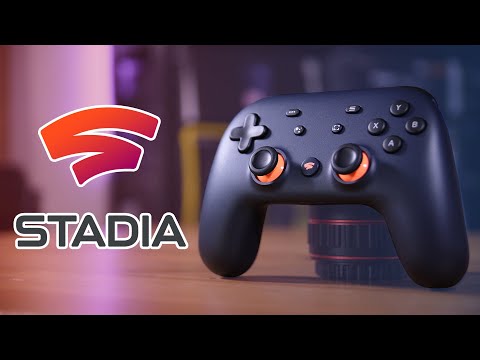 It Might Be Too Late to Make It Popular

Another issue they may have wanted to resolve would be the cost of the system. It’s $129 to get the controller, Chromcast ultra, and a three-month subscription to Google Stadia itself. Also, it comes with Destiny 2 I guess. That presumably means it actually comes with the DLC for Destiny 2, as the main game is free-to-play anyway.

Once you’ve sunk that money into the service, you then have to pay $10-a-month if you want to be able to access the best features for the service. You also have to keep paying if you want those ‘free’ Google Stadia games to actually be playable anymore. It’s just far too much for a service that doesn’t even work properly.

No matter what the rabid apologists say, Google Stadia is a failure. I’ve said it before, and I’ll say it again: Google will bury Stadia. Maybe it’ll be in a couple of years when no one is talking about it anymore, maybe mid-way through next year. Either way, this project will end up being part of Google’s ever-growing project graveyard.