Going into 2020 America is richer than ever before. Record stock market valuations are an emphatic indicator of overwhelming optimism about the country’s economic future.

The S&P 500 Index rolled through its fifth straight week of gains. It’ll likely to post its best year since 1997. The benchmark is in elbow’s reach of the best year in two decades.

Amazon’s record-breaking sales pushed the NASDAQ composite to record highs this week as well. It breached the 9,000 level for the first time in history.

A Record Stock Market Is Good for Everyone 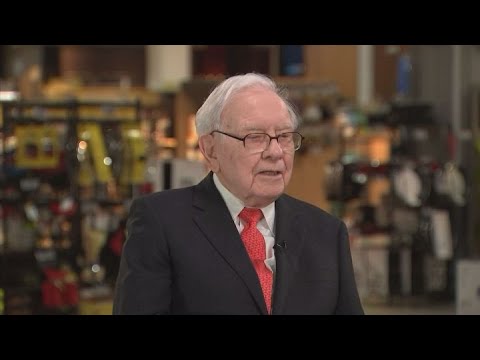 But throughout the landmark year for stocks, critics like Berkeley finance professor, Martin Lettau say it’s fueling a wealth gap.

His University of California colleague, economics professor Gabriel Zucman, calls the recovery “disappointing from the standpoint of inequality.”

Fox Business contributor Charles Payne tweeted a firm rebuke to more murmurs of discontent over the stock market boom this week. He points out that a majority of Americans own stocks, and touts the strength of job numbers.

That 55% figure of U.S. stock ownership is based on Gallup’s latest numbers. Gallup’s figures from decades past differ dramatically from those of the Federal Reserve’s Survey of Consumer Finance. They paint an even bright picture for the record equities growth.

According to the Fed, American participation in the stock market is at historic highs. The central bank says just 30 years ago, only 30% of Americans own stocks.

Today that figure is above 50%. What’s more, 41% of student-debt saddled millennials own stocks today. In 1989, only 22% of Americans under the age of 35 owned equities.

That puts the Los Angeles Times’ recent claim that millennials are missing out on the stock market boom in proper perspective.

This Economic Boom Is No Gilded Age

Since President Trump’s election, the S&P 500 has returned more than 50%. Here’s why the Trump stock market rally is far outpacing that of his presidential predecessors. https://t.co/F64xGv6WZr pic.twitter.com/bo30mlQj1u

Stock market scolds like NBC’s Heidi Przybyla warn that “the stock market is not the economy.” They argue that record company valuations aren’t doing anything to help the working poor.

That’s partially true. The stock market is part of the economy, not the entire economy. But stock valuations are above all, a measure of the expected value of the economy. Wall Street just boldly priced out a recession in 2020. That’s fantastic for the working poor.

And all the capitalization helps create more jobs that pay more. Working class champions frequently decry to “bigness” of big companies and industries. But economies of scale create more value and make workers more productive, which allows them to earn more.

The stock market’s historic climb from recession lows a decade ago ushered in substantial growth in median household income, starting in 2012. And despite the stock market naysayers’ doom and gloom, “the poor” in America are markedly wealthier compared to the rest of the world, even other affluent countries.

In fact an academically rigorous, peer-reviewed study published this August found that:

The poorest 20% of Americans consume more goods and services than the national averages for all people in most affluent countries.

In other words, the poorest 20% of Americans are richer today than the average European citizen of an OECD country. The OECD is the Organization for Economic Co-operation and Development that includes most of the world’s richest nations. Think of it as the country club of the world.

The stock market boom makes us all richer.