Alinity is the talk of the internet again right now. A recent video of her being “interesting” with her dog has thrown the web into a frenzy. Whether you think the Twitch “dog clip” is troubling or not, it does shine a light onto her sordid history.

There are so many controversies that it’s not exactly difficult to find some demonstrably worse than the dog clip.

From alleged animal abuse to potential fraud, even to misuse of the DMCA of 1998, these five other Alinity controversies might be even worse than her infamous dog incident.

5. She Joked(?) About Alleged Marriage Fraud 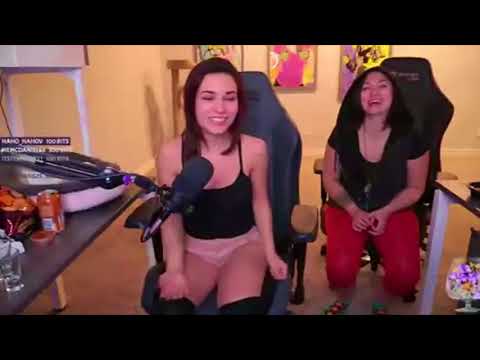 This one’s in a bit of a greyer area than the rest of them. Basically, in a particular Twitch clip, it seems like Alinity is admitting to committing fraud to get into Canada.

She later denied that was the case after someone reported her to the Canadian government to try and get her deported.

Whether it actually amounts to fraud or not isn’t for us to decide, but this next scandal is a bit more clear cut. 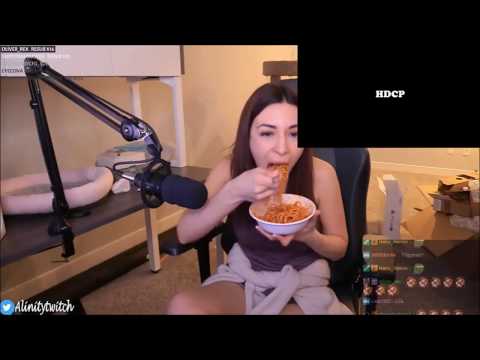 Alinity also weaponized copyright law. During a stream in which she reacted to one of PewDiePie’s videos, she heard him use the term “Twitch Thots.” Not liking what she’d heard, she immediately said: “Can we copy strike PewDiePie?”

She claimed Collab, her network, did the striking. Even if they did, it’s clear from the video that she wanted them to do it, making her complicit in this attack on fair use.

Even if you want to say that Alinity’s latest clip wasn’t “abuse,” which is debatable, you have to admit that physically kicking your dog certainly is. Another Twitch clip shows Alinity kicking her dog in the neck.

You can tell in the video that her foot makes full contact.

The dog jumps back, demonstrating he’d been kicked with more force than was necessary. You shouldn’t even really shout at a dog, let alone psychically attack them. No matter how you look at it, this is more proof that Alinity is not taking proper care of her pets.

This is arguably one of the worst things Alinity has ever done on her stream. I know that cats are famed to always land on their feet, but that’s not an excuse to test the theory.

During a game of Apex Legends, she literally picked up her cat and full-on threw it over her head.

Not only did the throw look hard enough for the cat to have potentially hit the wall, though we don’t see what becomes of it, Alinity also doesn’t even seem to check on it. She just continues with what she’s doing, careless of what might have become of her household pet.

This is, without a doubt, the most abominable thing that Alinity has done on her Twitch stream. Excuses and arguments can be made about the other incidents, but here she very intentionally spits strong spirits into her pet’s mouth when it comes up for a kiss.

Anyone defending this is just plain wrong. It’s not like the cat accidentally drank vodka that was lying around. If that were the case, then this would still be neglect.

Yet it is very clear that she knew what she was doing and really intended to do it. Worse still, she even treats the event like a joke.