Star Citizen is a game lots of people have been waiting for since 2013. In the past 7 years, we’ve not got all that much from the game. Despite this, Cloud Imperium, the team behind the game, has managed to raise over $320 million.

To put that in perspective, the most expensive game of all time was GTA V with $265 million for a budget. So why on earth did Star Citizen just get another $17.25 million from investors?

At this point, Cloud Imperium needs to just stop looking for money and actually produce something tangible.

Star Citizen Is Going to Disappoint You

Star Citizen is a game that holds a lot of promise. Considering it’s been in development for nearly a full decade, that’s hardly surprising. I mean if Rockstar can produce one of the most popular games of all time with less money over 3 years, then Cloud Imperium should be producing something unbelievable.

To live up to 9 years of development time, Star Citizen is going to need to cure all diseases, give all backers their money back, and then get a perfect 10 from every reviewer. Obviously, this is completely impossible.

It’s hard to understand why anyone has faith in this game anymore. After raising $275 million from fans, the developers decided they needed even more money and sought out private investors. If that wasn’t the biggest red flag to backers then I don’t know what would be. 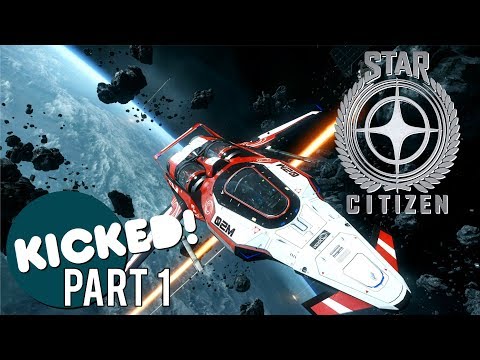 The truth about Star Citizen is that it’s probably either never coming out, or that it’s not coming out for years and years to come. Different parts of the games keep getting changes, added or removed. Seeking more funds is just a sign that they’ve wasted everyone’s time and money.

Back in 2016, Kotaku did an article series where they investigated the game’s troubled development. Writer, Keza Macdonald pointed out that Star Citizen’s challenges “offer an extraordinary insight into what the process of game development can turn into without intervention and control from publishers or financial stakeholders.”

I think that’s an interesting point to make. Normally when we’re looking at the publisher/developer relationship it’s easy to see the publishers as the bad guy. They limit creative freedom and demand changes in pursuit of profit.

However, if Star Citizen is what happens to bigger games without publisher oversight, then honestly I’m not sorry that we have them.