Two of the decade’s best receivers remain free agents with the NFL entering its stretch run. As Dez Bryant, in the final stages of recovery from a torn Achilles, prepares to make himself available to interested teams later this month, Antonio Brown is fully healthy, waiting for another franchise to give him a chance.

On football merits alone, Brown is certainly a more intriguing late-season addition than Bryant. He led the NFL in touchdowns a year ago, and made an immediate impact for the New England Patriots in September. But no professional athlete plays in a vacuum, insulated from problems of their own making.

Here are three reasons why Bryant will be signed before Brown – if the six-time Pro Bowler gets picked up at all, of course.

Bryant hasn’t avoided off-field transgressions since rising to prominence with the Dallas Cowboys. He was arrested on a misdemeanor domestic violence charge in 2012 for allegedly hitting his biological mother, and has twice been sued for tens of thousands of dollars as a result of non-violent misdeeds.

Still, Bryant’s legal troubles pale in comparison to those of Brown, in terms of both recency and degree. More important to a league that’s routinely overlooked off-field malfeasance, though, is the NFL’s ongoing investigation into the alleged crimes that caused Brown’s release from the Patriots.

Brown will reportedly meet with NFL investigators next week, two months after the league opened a probe into his conduct. If his tweet on Thursday morning is any indication, don’t expect the sitdown to be conducted in a manner that will please him.

Brown’s singular talent and penchant for combativeness made him football’s lightning rod even before the wild series of events that preempted his departure from the Patriots and Oakland Raiders. That controversy only amplified Brown’s fame, making him a cross-cultural referendum on the league’s tolerance of players who allegedly engaged in domestic violence.

There are some franchises that would be willing to look past the multiple allegations of sexual assault facing Brown. The Seattle Seahawks, for instance, reportedly broached signing him last week before bringing in Josh Gordon.

But at this crucial stretch of the season, would a team really feel comfortable adding Brown, knowing the media and public relations circus his presence inevitably prompts? It’s not a question that needs asking with regard to Bryant.

In his prime, Bryant fit the stereotype of the diva wide receiver, frequently clashing with players and coaches and driving contentious chemistry narratives through the media.

But he’s seemingly turned over a new leaf of late, with Drew Brees and other New Orleans Saints players praising Bryant’s approach after his brief time with the team was cut short by injury. 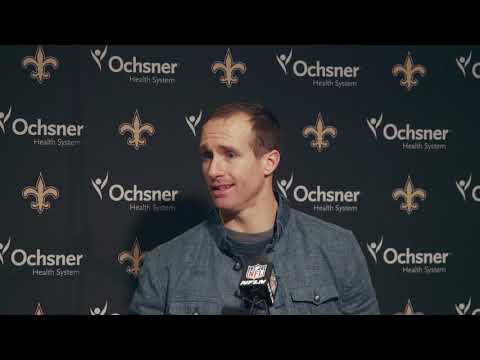 In announcing his plans to return to the NFL last week, Bryant acknowledged his new NFL reality, too, alleviating concerns his desire for a starring role could be corrosive in the locker room.

I’m not trying to go nowhere and be a starter on a team I want to contribute because I know I will be able too… I’m feeling good… in two weeks I’m going to reach out to teams and see what happens…. let’s go X

Brown, meanwhile, has done nothing to humble himself after being waived twice in two weeks. While the Patriots, including Tom Brady, expressed support for Brown following his departure, don’t forget that Raiders team leaders ultimately sided with management. David Carr, older sibling of Oakland quarterback Derek Carr, even said that his brother was “relieved” by Brown’s release.

Bottom line: Talent and production is normally a trump card in the NFL. But with Bryant’s maturation and Brown’s apparent inability to step out of the limelight, don’t be surprised when the former is back on the field first.