At the end of December 2018 and throughout the past two months, Norway’s Sovereign Wealth Fund has continuously bought the Dow Jones dip, acquiring $22 billion in equities in companies like Apple, Microsoft, and Alphabet as share prices cratered.

Although the $1 trillion fund of Norway recorded its first official loss in 8 years, the fund aggressively built up its portfolio dominated by stocks, which make up over 66.3 percent or $663 billion.

Why Did it Buy the Dow Jones Dip?

According to Bloomberg, Yngve Slyngstad, the CEO of Norway’s Sovereign Wealth Fund, acknowledged that the sentiment in the global market including the U.S. worsened approaching the end of 2018.

Many conglomerates across key industries were expected to revise earnings to the downside and the financial industry of the U.S. demonstrated an underwhelming performance, leading to the layoff of thousands of employees.

“Market uncertainty is growing, investor preferences are evolving, and the ecosystem in which we operate is becoming increasingly complex. The changes we are making now will help us continue to invest in our most important strategic growth opportunities for the future,” a memo released by BlackRock read.

Despite the uncertainty in the U.S. stock market and the lack of clarity on the progress of the trade talks between the U.S. and China at the time, the sovereign fund still continued to acquire large amounts of U.S. stocks during a period in which the Dow Jones dangerously reached bear market territory.

The CEO of the sovereign fund recently said:

“2018 was a year of contrasting growth expectations and apprehensions about effects of increased trade barriers. Concern about economic growth mounted in the fourth quarter, inciting a further decline in equity prices, including in the U.S.”

Although fundamental factors including record high jobs growth and household balance sheets remain strong, major conglomerates in the U.S. market have reported weak earnings in 2018, intensifying the pressure on the Dow Jones.

In the past three days, the Dow Jones dropped more than 200 points following the earnings revisions of Home Depot and Caterpillar. 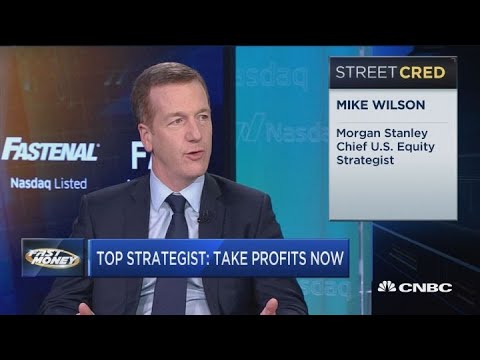 In January, Morgan Stanley strategist Mike Wilson said that until the earnings of companies in the U.S. market strengthen, the market will be vulnerable to short-term corrections.

“It’s growth. Ultimately, it’s earnings. Are we going to have accelerating earnings growth? When is earnings growth going to bottom? So the two things I’m most focused on right now is earnings revision breadth. That is the reason why we were negative last year. It has turned down sharply. It’s 8 percent negative,” Wilson explained.

It is likely that Norway’s Sovereign Wealth Fund expected the Dow Jones correction to the 21,000 point region to be temporary because it foresaw a trade deal between the U.S. and China to be established in the first half of 2019.

The global economy including the U.S., China, Japan, and Europe struggled in the fourth quarter of last year with no imminent catalysts for growth.

Positive Outlook on the U.S. Market

Geopolitical risks have led investors in the U.S. market to be reluctant in reallocating their capital back into the stock market.

As the pressure on such risks is alleviated in the weeks to come following the extension on tariffs suspension, the Dow Jones could reclaim its momentum in the near-term.

The positive prospect on a comprehensive trade deal has already led the SSE Composite to surge by 18 percent in a short time frame.