The nightmare has already begun for fans of the New Orleans Pelicans, who will enter the NBA season without Zion Williamson. The first overall draft pick has been sidelined with a right knee injury, and he’ll miss the first several weeks of the regular season.

This isn’t the first time that Williamson – already the third-heaviest player in the NBA – has suffered a knee injury. The “generational athlete” famously injured his left knee after his Nike shoe exploded just seconds into a game against North Carolina during his lone season at Duke.

Zion Williamson Compared to Another No. 1 Pick (And It’s Not LeBron)

In a vacuum, neither injury appears to have long-term ramifications. However, coupled with Williamson’s size and reckless playing style, they raise substantial durability questions.

And no matter what they may say on Twitter, Pelicans fans are secretly terrified that the most hyped rookie since LeBron James will ultimately suffer the NBA career arc of another “once-in-a-generation talent,” Greg Oden.

The Oden comparisons have dogged Williamson ever since his sneaker burst into smithereens against the Tar Heels, and today’s injury report only magnified them on NBA Twitter.

So many NBA fans compared Williamson to the 2007 first overall pick that Oden’s name briefly trended on Twitter, which is all the more remarkable since he hadn’t seen any NBA action since June 12, 2014, when he logged 80 seconds for the Miami Heat during a blowout loss to the soon-to-be champion San Antonio Spurs.

Despite playing on a team that made it to the NBA Finals, the man that former Ohio State Buckeyes Coach Thad Matta once thought would be “one of the greatest all-time basketball players in the history of the game” recorded less than 8 minutes in the entire playoffs and failed to score a single point.

Just over five years later, on July 6, 2019, Oden suited up for Big3 league team Aliens in a game against the Ball Hogs. He led the Aliens to a 51-39 victory, scoring 18 points en route to a reported single-game paycheck of $10,000. One day later, the second overall pick in the 2007 NBA draft, Kevin Durant, signed a four-year, $164 million contract with the Brooklyn Nets. 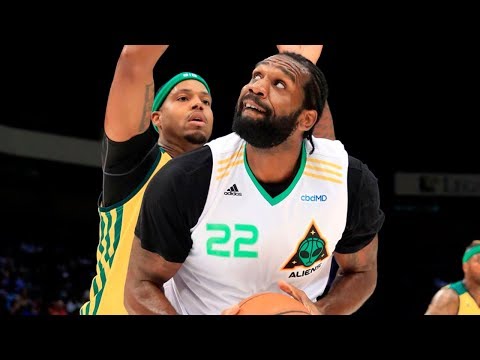 To be sure, off-the-court issues hastened the demise of Oden’s NBA career. A 2014 arrest for punching his ex-girlfriend, along with a multi-year struggle with alcoholism, may have cost him an extra season or two, but a succession of injuries had caused his game logs to fluctuate between “Did Not Play” and “Inactive” long before his name disappeared from NBA rosters.

That’s why, 12 years after the Portland Trailblazers chose to gamble the future of the franchise on Greg Oden rather than a silky-smooth shooter from the University of Texas, New Orleans fans are already pleading to the basketball gods that Zion Williamson won’t doom the Pelicans to a similar fate.