Real Madrid manager Zinedine Zidane has told Spanish media that not only is he actively seeking a new club for Gareth Bale, but that he hopes the Welshman will be “gone by tomorrow”.

Zidane’s comments bring an end to months of polite sparring between the club and Bale’s agent, Jonathan Barnett. In the fallout from the manager’s comments, Barnett fumed, calling Zidane “a disgrace” for the way he is treating someone who has delivered so much for the club.

Indeed, despite Bale’s failure to win over the Madrid fans, his official stats reveal a trophy-laden career which might even rival that of the great Zidane himself.

Bale vs Zidane: Head to Headbutt

The following tweet compares the goal-scoring and assist statistics of Zidane and Bale. As we can see, despite Zidane’s status as a Madrid legend, his numbers are just about the same as Bale’s.

In fact, the Welshman trounces Zidane when it comes to trophies, accumulating more than double the titles won by the Frenchman as a player.

But the first thing people will point out is that Bale plays as a striker, while Zidane played as a midfielder. Except that’s not quite true – Bale usually played for Madrid as an inside forward, who was asked to cut in from the right wing on his left foot.

Furthermore, he was in a team which revolved around only one man – Cristiano Ronaldo. (Remember, this is a guy openly threw a hissy fit on the pitch because Bale had scored a goal instead of him.)

And of course, Bale’s numbers would have been even better had Zidane not used him as a substitute for most of the last two seasons.

Zidane meanwhile was not a midfielder; he was an attacking midfielder who was granted a free role behind the strikers – much the same way that Lionel Messi plays today. However, to be fair, he also played in a team which was largely set up to feed one man – the original Ronaldo. 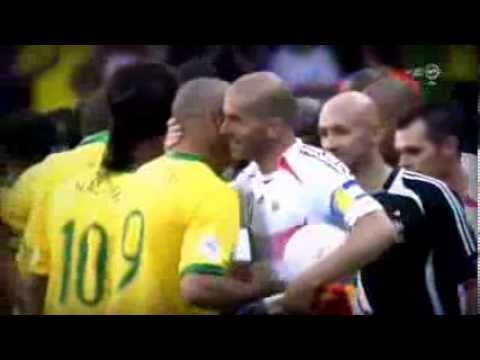 What makes the comparison more interesting is the fact that most of Bale’s major titles were won under the management of Zidane himself. Were it not for Zidane’s touch of genius, would Gareth Bale really be able to point to such a trophy haul today?

Bale’s time at Madrid has been like a badly arranged marriage. They produced numerous, healthy kids together, but there was never any love. The Welshman’s refusal (or inability) to learn Spanish, and his distaste for aspects of the Spanish culture, made any intimacy even more difficult.

After struggling to find a buyer since last year, Zidane’s latest comments are aimed at forcing Bale out the door. He said:

“Gareth Bale is very close to leaving. We hope he can leave soon, if he leaves tomorrow it’ll be all the better. We are working to finalise his move to a new team.”

Lacking the class expected of Madrid?

After all the goals, assists and trophies that Gareth Bale and Madrid have shared together, it now ends in acrimony. Bale’s agent Jonathan Barnett slammed Zinedine Zidane, calling the Madrid manager a disgrace.

“Zidane is a disgrace, he shows no respect for a player that has done so much for Real Madrid. If and when Gareth goes it will be because it is in the best interest of Gareth and nothing to do with Zidane pushing.”

If Bale manages to weather this storm and stay at the club, he’ll be trapped in a hostile environment. On one side; a manager who doesn’t want him. On the other; rabid fans who hate his guts. And amid all of this – he won’t be playing any football (besides low-status cup games).

So why doesn’t Bale just move clubs? Well, it might have something to do with the $800,000 per week that Madrid are currently paying him. That’s a sum that few clubs are willing or able to match, and is the only reason Bale is still in Spain.

Unless Bale takes a pay-cut, the messy Madrid saga will continue. For now, Bale should be giving serious thought to whether he wants to play football, or simply collect a paycheck for warming the bench.