A pervasive conversation within the console debate is one of power. If the Xbox One is weaker than the PlayStation 4, will it hold games back? Will PlayStation 5 and Xbox Series X games be hindered by having to run on last-gen hardware?

The belief that old hardware does hold back new games is common. It’s also shared around the PC community to some degree. According to Xbox head Phil Spencer, these claims are not just wrong but a “meme” entirely.

In an interview with GamesIndustry.biz, Spencer defends Xbox’s choice to make games available on both the Xbox Series X and the Xbox One family of devices, at least for the next two years.

Regarding the power argument, Spencer states:

Frankly, held back is a meme that gets created by people who are too caught up in device competition. I just look at Windows. It’s almost certain if the developer is building a Windows version of their game, then the most powerful and highest fidelity version is the PC version…Yet the PC ecosystem is the most diverse when it comes to hardware, when you think about the CPUs and GPUs from years ago that are there.

Putting it that way, his claim makes perfect sense. If developers can build for a variety of PC configurations and GPUs, why couldn’t they build for a few highly optimized consoles?

Microsoft is a massive company, after all. It’s unlikely they would commit to this cross-gen initiative if they couldn’t deliver on it. What’s the point of putting out powerful next-gen hardware if their titles won’t take full advantage of it?

Building for All Sorts of Hardware

Spencer backs this up:

Our teams have a pretty good skillset on architecting things so that it is scalable and putting that into the hands of players. We are so tightly connected to the hardware team and the platform team, that I don’t ever worry about taking advantage of the high end.

I don’t think we’ll be in a situation where our teams won’t be making the most of what is given to them. In fact, I don’t even know how we’d do that [laughs]. Keeping a game team away from new hardware, new features and new things, that is where they’re naturally going to gravitate.

This isn’t to mention that most (if not all) Microsoft titles will launch on PC as well. Dev teams will work to maximize the power of both versions, no doubt. As for an Xbox One launch, if games are playable on there with a lower resolution but higher frame rate, then so be it. 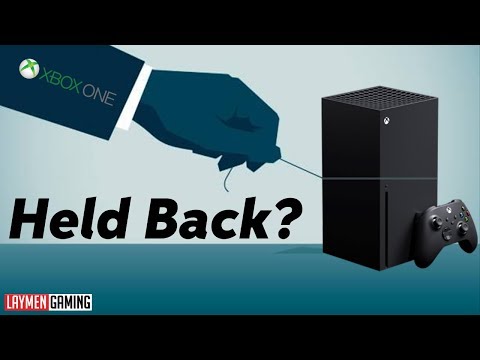 Microsoft wouldn’t release a lower-powered box just for games to run poorly on it. I think the group’s accessibility plan is genius. And hearing that development isn’t held back by weaker hardware is just icing on the cake.