One by one, the major sporting leagues around the world fell to the coronavirus pandemic—all except two. Led by flamboyant outsiders Vince McMahon and Dana White, WWE and the UFC pledged to press on.

WWE’s approach is more conventional, as the company announced that its flagship show, Wrestlemania, would take place at their training facility with no fans in attendance. 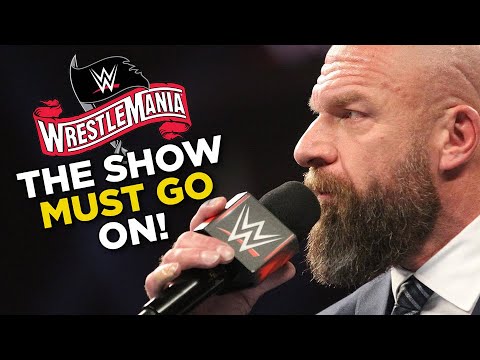 Despite WWE’s determination, even their fans don’t see the point in continuing

If most WWE fans are honest with themselves, Vince McMahon’s plans didn’t see widespread approval.

Many fans don’t see the point of staging Wrestlemania without the thousands of fans and the larger-than-life spectacle that is the hallmark of the event.

In this time, we believe that entertainment for people is a necessity. We feel the obligation to do that for people. The fans are there for us all year-round. All of our talents are in this in a voluntary capacity. If they don’t want to be a part of this, they feel there’s a risk, for whatever reasons, be it themselves or somebody around them, they don’t have to be here.

Wrestlemania was viewed as a risk. It paid off, big time

Following the two-night event, the numbers are in. Was Wrestlemania the colossal flop that many believe it would be?

The exact opposite, in fact.

The event shattered viewership records, becoming the most social event in the sports entertainment companies history.

The week leading up to Wrestlemania saw the WWE Network, a subscription-based content platform, along with WWE’s social platforms, deliver 967 million video views to fans.

This represents an increase of 20% year-over-year.

Fans consumed 46 million hours of content during Wrestlemania week, which represents an increase of 28% year-over-year.

While we have primarily lauded our sports leagues for following government advice and closing their doors during this pandemic, WWE has shown that those who are willing to think outside the box can be rewarded.

There will perhaps never be as captive an audience as sports and entertainment companies have today. Entire cities of people sitting at home, craving entertainment in some form.

MLB has already floated plans to begin the new season exclusively in Arizona. This has been met by some pushback from players, but it’s refreshing to see executives look for solutions.

Vince McMahon has long been derided as a cartoon-like crazy billionaire. As the rest of the sport world hemorrhages revenue, his WWE company is breaking records.