The Maltese Islands continue to be among the prime movers in the crypto and blockchain space with new developments occurring almost every day. In fact, Tuesday was another landmark as a company called Palladium claimed to launch what it has called the world’s first Initial Convertible Coin Offering or (ICCO) platform.

In this innovative case, what has been termed as the ‘tokenized convertible warrant’ will be regulated by a prospectus which is to be approved by the Malta Financial Services Authority. This project is subject to stringent EU rules and its eventual issuance will hand investors the right to convert these tokens into Palladium shares three years after they are issued.

“We expect this project, which will create more than 100 job opportunities, to be a historic landmark and to bridge the gap between traditional financial services and crypto-currencies,” Palladium founder and chairman Paolo Catalfamo said at the press conference marking the ICCO’s launch.

Catalfamo’s company Investar, which owns 85% of the shares in Palladium, also has a controlling stake in Global Capital plc., a Maltese financial services firm. The other shareholders in Palladium are Unikrn Inc., Las Vegas-based e-sports betting company founded by Rahul Sood, a former CEO of Microsoft Ventures.

Speaking at the launch, Malta’s Prime Minister Joseph Muscat said that blockchain technology would create a new economic niche for Malta, which would generate more jobs and wealth. The government and all other stakeholders in the industry are paving the way for Malta to be a blockchain island, the Prime Minister said.

“The three pieces of Blockchain legislation which were passed in Parliament recently form the start of a new exciting journey putting Malta in the frontline,” he said.

Catalfamo was also effusive about the Maltese government’s approach to regulating the sector, adding that the ICCO method was one of the most unique investment opportunities in the blockchain world.

“Institutional investors recognize the scale of the opportunity, but the lack of regulation has kept them watching from the sidelines. We expect Palladium’s solution will change this. Cutting-edge blockchain technology will allow customers to use regulation-compliant, multi-asset accounts to manage fiat and cryptocurrencies.”, Catalfamo added.

Parliamentary secretary Silvio Schembri highlighted that Malta now had a legal framework for Blockchain, which showed it was embracing and anticipating new technology. He also announced that the government would soon be launching a “blockchain lab”, aimed at training civil servants in this technology.

Schembri also said the University of Malta would be starting new degree courses on this new technology this year in order to train those working in the sector.

Palladium’s fundraising target is €150 million, with the pre-sale of tokens starting today. The offering period for subscription of the tokenized securities will run from 25 July to 30 September.

The company said that proceeds will be used to “support the three core blocks of Palladium’s solution: 50% will go towards the acquisition of a controlling interest in a European bank; 35% into the formation of a regulated crypto-exchange and the development of a clearing and settlement blockchain platform; and 15% into strategic investments in financial services and blockchain companies”.

The Palladium crypto-exchange will be the result of a partnership between Palladium, Unikrn and Bittrex, a US-based digital trading platform and blockchain company.

Bittrex CEO Bill Shihara said that the company was committed to the project and was looking forward to introducing the new exchange which would be making use of the plethora of digital tokens available on its platform.

“Our partnership will launch a new trading platform powered by Bittrex technology, and its customers will have access to the large selection of innovative utility tokens listed on Bittrex, which we chose using our industry-leading token review process.”

Shihara said the project would help further increase the adoption of blockchain technology while continuing to expand Bittrex’s business globally.

On his part, Sood said that there was nothing like the platform in the history of banking or crypto-currency. “Palladium has found a way to solve some of cryptocurrency’s biggest drawbacks with a single solution within existing regulations.”, he added. 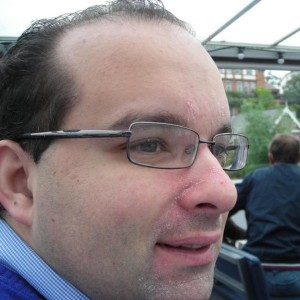 Gerald Fenech
Gerald Fenech is an established journalist with more than 15 years experience in the financial, economic and business fields. Since August 2017 he has been heavily involved in cryptocurrency and blockchain journalism writing for several news sites and avidly following the crypto space.
Subscribe
0 Comments
Inline Feedbacks
View all comments

Who Are the Boogaloo Bois – and What Do They Want?
3 Comments
← PreviousRonaldinho Launches Cryptocurrency to Develop 300 Digital VR Stadiums
Next →American Express is Eyeing Blockchain for a Proof-of-Payments System

7 Major EU Countries to Go Big on Blockchain: What It Means for Crypto
December 5, 2018 No Comments

Malta: Does Europe’s ‘Blockchain Island’ Really Live up to the Hype?
November 25, 2018 No Comments