Kevin Love needs a fresh start. Even though Love has said he’s content being the captain of the sinking ship that is the Cleveland Cavaliers, he deserves to compete.

The Cleveland Cavaliers finally seem to agree. Last Friday Adrian Wojnarowski wrote that the Cavs are “open to the idea of moving Love before the Feb. 6 trade deadline.”

The Cavaliers are ready to listen to offers for Kevin Love, sources tell @wojespn.

Here's Woj on the trade market for Love: pic.twitter.com/M5BprMtAkG

Cleveland will be looking for young talent in return. By adding Collin Sexton and Darius Garland in the last two drafts, they’re stocked up on guards. The Cavs should look for a talented young wing or draft picks in exchange for their all-star.

These are the teams that should look to trade.

Against all logic, the Wizards refuse to tank and rebuild. With John Wall’s untradeable contract still on the books, they decided to resign Beal and run it back.

They’re not as bad as everyone expected. Of course, they’re not good, either. But they’re only four games out of a playoff spot. Trading for Love could put them in the playoff picture this year and give them a formidable trio next year when Wall returns.

In Wagner, Cleveland would have a young Kevin Love-type, and Troy Brown Jr. has shown flashes as a two-guard.

The Kings expected to make the playoffs this year. At 9-13, the outlook doesn’t look great. Although it would make for a crowded frontcourt when Marvin Bagley returns, Love is the type of veteran talent that could bump Harrison Barnes or Richaun Holmes to the bench.

The Kings are 27th in rebounding this year, so they could use Love’s 10.5 rebounds per game. Bogdan Bogdanovic is due for a payday that Sacramento cannot afford. This trade makes sense for both sides.

When the Timberwolves traded Kevin Love for Andrew Wiggins in 2014, everyone thought Wiggins was the shining jewel in the deal. Although he’s shown flashes, Wiggins has been more like a piece of dusty glass. He started off this year on fire, but he’s starting to cool down and regress to his norm.

Minnesota has a healthy stash of competent wing players like Robert Covington, Josh Okogie, and the emerging Keita Bates-Diop.  They can afford to part with Wiggins. Love could put them back into the playoff race.

It was the Andrew Wiggins show again tonight.

Highlights from the @Timberwolves' win against the Spurs ↓ pic.twitter.com/jAxyeTEdYy

Maybe Wiggins finds his game in the city that originally drafted him. This trade could be executed in a one-for-one swap, or maybe Minnesota needs to throw in a draft pick to sweeten the deal.

Jimmy Butler and the Miami Heat have been exceeding everyone’s expectations this year. Why not make a move to push for a championship? With Winslow, Robinson, and a draft pick, the Cavs could add some talented young players to complement their guards. With Love, the Heat can add a second star to pair with Butler and put them over the top.

This deal could turn the Warriors into a championship contender, next year. If Golden State truly is light years ahead of their competition, maybe they pull off this trade. Imagine a fully healthy lineup of Stephen Curry, Klay Thompson, Draymond Green, Kevin Love, and Kevon Looney. There’s enough defense to make up for Love’s shortcomings, and D’Angelo Russell never looked like the right fit with the Warriors. 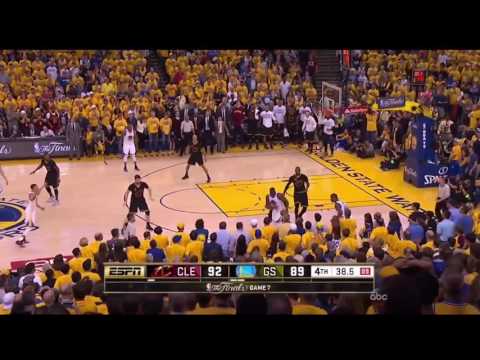