Starbucks thinks the U.S. is seeing a similar trend to China as the coronavirus pandemic spreads rapidly across the world.

Starbucks thinks the U.S. is seeing a similar trend to China as the coronavirus pandemic spreads rapidly across the world. If a similar trend plays out, the U.S. could see a slowdown of cases in the next two to three months. This, despite U.S. now officially home to the world’s biggest coronavirus outbreak, with more cases than China.

Starbucks CEO Kevin Johnson said that the U.S. could take several weeks longer to recover than China. But, given that China has passed the peak of the virus in about three months, there exists a strong possibility that the coronavirus recovery in the U.S. occurs in June or July, as summer comes.

China, the initial epicenter of the coronavirus outbreak, essentially shut down the country for two months after imposing a lockdown on the Hubei region.

More than 52 million people were not allowed to leave their homes, unable to join the workforce.

After three months of large-scale quarantine and testing, China has started to allow businesses to reopen and individuals to begin working once again.

Factories in China have reopened, but analysts remain puzzled whether the factories can last until the end of the year in the aftermath of the coronavirus pandemic.

The unprecedented shutdown of normal economic activity across Europe, the U.S. and a growing number of emerging markets is certain to cause a dramatic contraction in Chinese exports, probably in the range of a 20-45 percent year-on-year drop in the second quarter.

Despite the struggles of local companies, major international firms in the likes of Starbucks resuming the majority of their operations in China indicate that the nation has clearly passed the peak of coronavirus.

Considering that the virus weakens in warm weather, in the case of the U.S., scientists foresee the summer season reducing the strength of the virus and the number of new cases being reported on a daily basis.

The abrupt increase in coronavirus cases in the U.S. also coincide with vamped up testing, which suggests that the risk of community spread in new areas is on the decline.

Previously, the Centers For Disease Control and Prevention (CDC) confirmed several cases of possible community spread where an individual confirmed to have coronavirus had no prior contact to a known coronavirus patient.

Starbucks and its executive team’s belief that the U.S. will soon see the peak of coronavirus as China did is reassuring, particularly because it went through nine weeks of dealing with the virus in China.

Johnson said that the company learned “the playbook” and the “curve” of the virus when stores start to shut down and enter quarantine.

As several major states including California and New York enter lockdown with increased testing efforts, leading epidemiologists predict that the U.S. could be en route to reach its peak in three weeks. 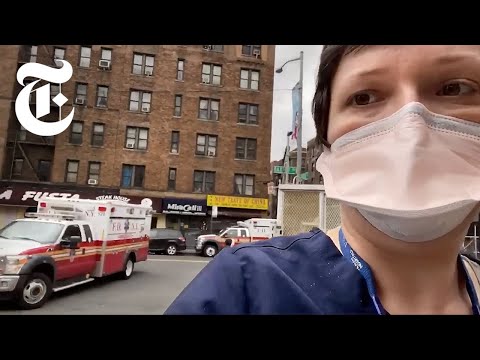 A key variable to the recovery of the U.S. from the virus in the short-term is the capacity of medical centers in the country. In the past week, medical centers in New York and other heavily infected cities have seen medical staff and hospital get completely overworked with lacking equipment and ventilators to treat patients.