ExxonMobil (NYSE:XOM) reported second-quarter earnings on July 31, and the results were a disaster. The oil giant posted a revenue decline of 53% to $36.2 billion and a $1.1 billion quarterly loss–its first back-to-back loss in over three decades.

Exxon is reeling from the coronavirus pandemic, which crashed demand for oil as nations locked down their economies to slow the spread of the disease. With the industry in shambles, Exxon’s management is making a seriously stupid mistake by maintaining the stock’s bloated 8.3% dividend, which has increased annually for 38 years straight.

Instead of cutting the dividend, Exxon is piling on mountains of high-interest debt and attempting to cut costs by possibly laying off thousands of employees. Not only is this strategy unethical, but it will also undermine shareholder value over the long term and hurt the stock price. 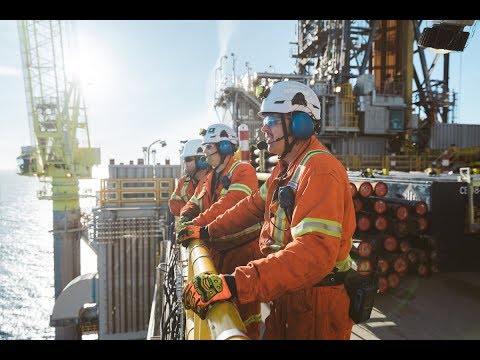 Oil: An Industry in Crisis

The oil and gas industry faces its biggest existential threat in decades as the coronavirus pandemic compounds earlier challenges. Even before the novel disease first emerged in China, oil faced a historic oversupply as production quickly outstripped available storage, leading to a massive glut in the market.

The situation came to a head in March when Saudi Arabia and Russia started a price war that drove the price of Brent crude below $0 in April–the first time that has ever happened.

Understanding the context, it’s little surprise that Exxon’s financials are in shambles. The company slashed oil and gas output by 7% to 3.6 million barrels a day to accommodate lower demand in the second quarter. The oil it did produce sold for dramatically lower prices, leading to deteriorating margins and massive losses.

Altogether, the company posted a net loss of $1.1 billion ($0.26 per share) compared to a net income of $3.1 billion in the prior-year period.

The Dividend Is Unsustainable

Considering Exxon’s terrible financial condition, the company’s massive dividend is a seriously bad idea. With a current yield of 8.3%, Exxon paid out $3.7 billion to investors in the second quarter, which is $0.87 per share.

When we look at the annual dividend, the math gets even worse. The payout cost Exxon a total of $14.7 billion in 2019. It is piling on mountains of debt to fuel this cash outflow.

Most recently, Exxon raised $9.5 billion in debt in April after raising $8.5 billion in March. The company’s total debt stands at $59.61 billion. While Exxon enjoys relatively low interest rates, the debt load could quickly spiral out of control if the company continues to lose money.

While management claims it doesn’t plan to take on any more debt, it’s hard to see how that’s possible considering the company’s massive outflows and meager cash balance of just $11.4 billion at the end of the second quarter.

ExxonMobil needs to slash its dividend before it’s too late. The company is losing too much money and racking up too much debt to afford its bloated payout. This dividend doesn’t benefit investors because it’s destroying shareholder value and hurting the stock price.