This should be a happy time for Tesla. After recently confounding critics by breaking its quarterly record for vehicle deliveries in Q2 2019, its share price rocketed over seven percent, closing the day just over four percent higher. After a miserable quarter plagued with boardroom infighting, resignations, missed delivery targets, lukewarm sales, safety scandals, lawsuits and an ex-employee who claimed Elon Musk was personally trying to ruin his life, last week’s stock rally was a veritable oasis of good news.

That notwithstanding, all is not well with Tesla. Senior executives in charge of important design and engineering divisions continue to resign, with some even joining Tesla’s direct competitors. Its much-vaunted goal of achieving Full Self Driving (FSD) capacity remains a chimera for a number of engineering and regulatory reasons.

Most concerningly, Tesla is burning through a pile of cash without showing much sign of being able to do anything other than boost production and hope revenue catches up.

What Musk needs could be a stroke of wizardry, the kind that Microsoft Founder Bill Gates says the late Apple Co-Founder Steve Jobs had in spades. This is not lost on Elon Musk.

Bill Gates described Steve Jobs as someone who could “cast spells” on a company heading toward its death and turn it into the world’s most valuable company. Speaking to CNN’s Fareed Zakaria, the billionaire revealed that among other things, Steve Jobs had an amazing ability to make a company profitable through seemingly little more than the force of his personality. Gates is cited in Bloomberg as saying to CNN:

“I was like a minor wizard because he would be casting spells, and I would see people mesmerized, but because I’m a minor wizard, the spells don’t work on me. I have yet to meet any person who [could match Jobs] in terms of picking talent, hyper-motivating that talent, and having a sense of design of, ‘Oh, this is good. This is not good.'”

On this measure, Musk falls way short by all accounts. For one thing, rather than create an effective collective consciousness at Tesla the way Jobs successfully did at Apple, Musk seems to fall out publicly with his employees a lot. In April, he was accused of shoving and threatening to “nuke” an ex-employee. Prior to that, several stories had emerged portraying an atmosphere of fear and unease inside Tesla. One of those stories famously claimed that Tesla employees were told to avoid walking past Musk’s desk lest he fire them on the spot.

According to Business Insider, the atmosphere around Musk was so toxic that he was known to regularly scream at people and call them “idiots.” This apparently was so well known that senior Tesla engineers reportedly coined a nickname for his behavior, “the idiot bit.”

When pressed by a parody account called “Steve Jobs’ Ghost” to admit that he needs some of the ‘magic’ Gates alluded to, Musk tweeted a “Thumbs up” emoji.

He will, of course, claim that this was nothing more than a humorous Twitter exchange. But to anyone paying attention, it is increasingly clear that Tesla is facing a spot of trouble that is not going away anytime soon. Despite the recent flurry of positive news around Tesla, the long term prognosis still shows that investors do not feel that he has delivered on his many ambitious promises. 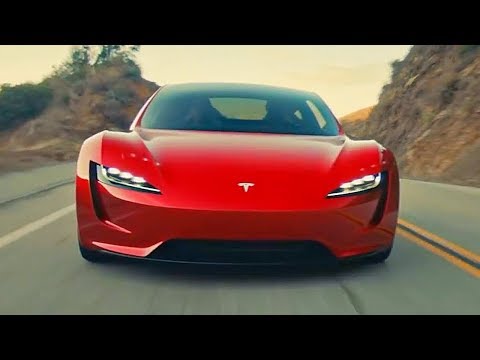 Sixteen years after founding Tesla, he may find that the real threat to the company’s continued existence is not the external competition but rather internal failures to create systems that work, eliminate wastage, and manage investor expectations.