Doomsday headlines about a housing market crash are circulating once again. But there’s little data to back this up.

In fact, the housing market is in astonishingly good form, according to data released in the U.S. and U.K. over the weekend. 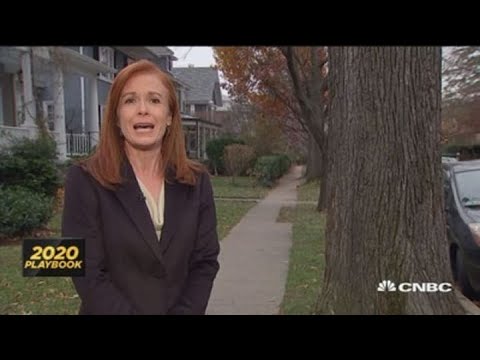 House prices in the UK are rising at the fastest rate in 18 years. While homebuilding in the U.S. surged to a 13-year high in the last month of 2019.

Record housing data out of UK and America

A key measure of U.S. housing strength shot up in December. New housing starts rose by 17%, a pace not seen for 13 years. Fears of a supply crunch are overblown.

In the same month, Zillow issued a report saying that the temporary slowdown in the housing market will pick up again.

The market may have turned a corner and the slowdown will not continue for long. The pace of quarter-over-quarter home value growth has accelerated in each of the past three months.

There’s a similar story in the UK breaking this morning. Home prices jumped 2.3% in the month of December – the fastest rate on record.

And despite the jump in price, first-time buyers are flooding into the market. With wage growth healthily outpacing house prices, homes are actually more affordable.

“The annual rate of increase remains fairly modest at 1.6%, less than the rate of growth in average earnings, so affordability has actually improved a little for first-time buyers” – Miles Shipside, Rightmove.

Housing market crisis? Is it a bubble?

The bears argue that the U.S. housing market is in a precarious bubble. Admittedly, housing prices are at record highs, way beyond the 2008 crisis level.

They’ll also argue that low interest rates are fuelling risky lending, the likes of which accelerated the 2008 collapse.

Here’s why the housing market won’t crash (yet)

But here’s the thing. While home prices are at record highs, none of the risk factors from 2008 are present. Not even close.

U.S. unemployment is at record lows of 3.5% compared to almost 6% leading up to the 2008 crash. And although wage growth slipped in latest reports, it’s significantly healthier than 2007’s ~2.5%.

Because the economy is relatively strong, mortgage delinquencies are at stable lows (and trending down). When people are gainfully employed, they pay their mortgage.

Back in the run-up to the 2008 crash, the trigger point was the Fed raising interest rates to over 5%. The domino effect meant that borrowers could no longer afford to pay their mortgage and delinquencies rocketed.

Today, the Fed is on a mission to lower rates with no timetable whatsoever for raising them.

Instead, the exact opposite is happening.