Want to Insult a Black Person? Call Them a Prop; Cohen Hearing Brought Out the Worst

Former Donald Trump attorney Michael Cohen had been on the Democrats’ most disliked list. That was when he supported President Trump unconditionally.

Now, even though he’s a convicted perjurer, he’s in the good graces of his haters. So great were the allegations he was ready to make against Trump that he became the star witness at the Democrat-led House Oversight Committee hearing Wednesday.

I watched this hearing in dismay. Seeing so many lawmakers lap up as if it were the gospel, allegations being made by a person who’d already lied to them was nauseating. What’s worse is Cohen joining in on the bandwagon calling the president a “racist.”

That “go-to” accusation from someone who willingly worked for Trump for 10 years deserves scrutiny.

Right off the bat almost, Cohen tried to defend himself in a way that was laughable. He said: 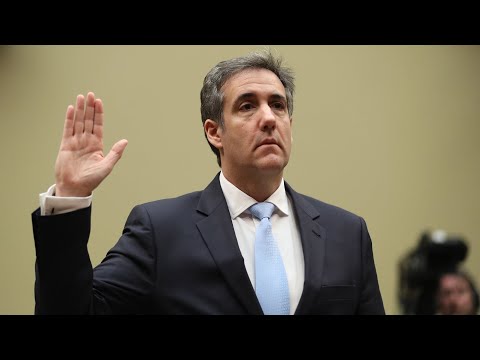 Who says that with a straight face? Cohen did. And even more disturbing is this. What lawmaker hears that, and proceeds to take him seriously?

Cohen didn’t just lie to his wife or a colleague, or any other person: He lied under oath to the same lawmakers who sat Wednesday, giddily, accepting his words as facts.

People waited – many with bated breath – to hear what Cohen would say about the Trump presidential campaign colluding with Russian officials. Well, that didn’t happen.

From a prepared statement, Cohen said he had no “direct evidence” of collusion. He did recall Trump’s son, Donald Trump Jr., standing behind Trump at his desk and whispering something. He assumed that it was something nefarious.

You’re Racist! Check Yourself Before Spewing That Rhetoric

The self-professed liar also called Trump a racist. He did so with much grandeur. He even had the gall to admit that despite him knowing Trump was racist, he dedicated 10 years of his life working with him.

Why would one work with someone for TEN YEARS knowing that the person was a racist? Who does that? Better yet, what else is this person capable of doing to only play the “oh woe me” card when their mess catches up with them?

I’ve long railed that people today are increasingly labeling people racist without a care in the world, nor a fact to back up their accusations. It roiled me to hear Cohen get on the bandwagon that is filled with “Trump’s racist” screamers.

The tipping point while watching this hearing was reached when Rep. Rashida Tlaib, casually, loudly and ignorantly, spoke of racism.

When supposedly questioning Cohen, Tlaib segued into talking about her colleague and racism. About a Black woman who accompanied Tlaib’s fellow Congress member to the hearing, she made a very stupid correlation.

She tried to make a backhanded slap at Rep. Mark Meadows who invited Lynne Patton. Trump appointed Patton, who’s a Black woman, to head Region II of the U.S. Department of Housing and Urban Development (HUD).

The pile on Patton received is what Black people get when they think outside of the box called “you’re Black, so you must go along with the masses.”

If you are Black, and you dare to support Trump, the wrath too many try to make you suffer is swift and downright hateful. I know because I’ve experienced it first-hand.

We Are Not Props

Tlaib charged that Meadows’ invitation to Patton was a racist act. She said during the hearing:

Just because someone has a person of color, a black person, working for them does not mean they aren’t racist and…the fact someone would actually use a prop, a black woman in this chamber, in this committee, is alone racist in itself. 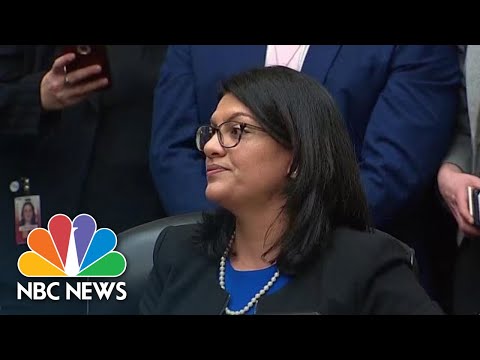 I find it disgusting that Patton was called a prop in an act. An act during a circus where liar Cohen was the biggest prop and the star witness. Oh, but the mere presence of a Black person seeming to align herself with Meadows, and for heaven’s sake, be ok with Trump, is akin to being treasonous.

People call for diversity in workplaces, colleges, and all facets of society. However, there’s a twisted catch. Black people and other minorities are seen as diversifying an entity if, say, they worked in the Obama administration, or for a Democrat. Those who appoint, hire or accept them are cheered as being some kind of heroes.

However, if a minority is chosen to work with Republicans, or conservatives, (or just White people in too many cases) as is the case with Patton, you’re dumbed down to being a prop, Uncle Tom, sellout, wannabe or token.

This hypocrisy would be laughable, but for the pain caused by the ignorant comments and stereotypes from these spewers.

Tlaib’s comments rubbed Meadows in the very wrong way, too. They were over the top, and they did nothing to address racism. They did stoke division.

For Tlaib and others, Meadows broke down the importance of never judging a book by its cover:

There’s nothing more personal to me than my relationships. My nieces and nephews are people of color, not many people know that. And to indicate that I asked someone who is a personal friend of the Trump family, who has worked for him, who has worked for this particulate individual, that’s she’s coming in to be a prop, it’s racist to suggest that I asked her to come in for that reason. She, came in because she felt like the president was being falsely accused.

Thankfully, the chair of the committee, Elijah Cummings helped settle things down, saying to Meadows:

Of all the people on this committee, I’ve said it and gotten in trouble for it, but you are one of my best friends. I could see and feel your pain. I feel it. And I don’t think Ms. Tlaib intended to cause you that, that kind of pain and that kind of frustration.

Tlaib then tried to walk her comment back. You can’t unring a bell (or in her case, another bell).

I Don’t Represent An Entire Race

On FoxNews Thursday morning, Patton noted that her father was born in Birmingham, Ala. She added she’d never work for a racist, as Cohen claimed he did.

Why does [Tlaib] take the word of a self-confessed perjurer and criminal convicted White man over a Black female who’s highly educated, rose up through the ranks through one of the most competitive companies in real estate, and now works in one of the most historic administrations in history.

That’s more racist than being put up there as a quote unquote prop.

And I’ve only been in politics for 2 years, but even I know by now that a budget means NOTHING. It’s not uncommon for Presidents on BOTH sides of the aisle to propose cuts to leverage other priorities (i.e. military funding). In the private sector, they call it “negotiating.” 🙄 pic.twitter.com/1iMOQFTykV

The Lesson Learned, If Any

A lesson from today’s circus, I mean hearing, is that you have to have the patience of Job to listen to these showboaters, I mean lawmakers.

When the session ended, few minds were likely changed about Trump because of what Cohen said. The country is polarized. Either you support Trump or you damn-near hate him.

What’s more unnerving is the thought that people are willing to believe Cohen, an adjudicated liar, because what he has to say bashes Trump.

On that same note, if you support Trump to the point of oblivion, you may not be open to hearing other’s unflattering opinions either.

One thing that is a fact is racism was alive and well in the U.S. long before Trump descended that escalator in June 2015 to announce his candidacy. If we as a country have descended to labeling people racist so easily, and with no hesitation, it’s no longer about race relations. It’s all about propping yourself up for calling out something that may not even be there.

I don’t know the heart of anybody. I’ll leave that to the Lord.