Having kids is hardly a walk in the park. Oftentimes it feels as if the only incentive in the incessant additional child caring workload is the occasional smile, cuddle, or unexpected kiss. Well, not in Hungary. Outspoken anti-immigration Prime Minister Viktor Orban is determined to raise the birth rate by waiving taxes completely for families with four children or more.

In what sounds almost like gamification techniques for breeding children, controversial Orban announced a range of financial benefits for Hungarian families on Sunday.

These include subsidized loans, help to buy houses and vehicles, and even the waiving of income tax completely.

For more on this, we talk with our correspondent Robert Csakany who joins us from Budapest.https://t.co/Rve1LorsqB pic.twitter.com/oLoz7rfe40

Orban is well-known for his hard-line stance on immigration and quasi-dictatorial policies. As he made the announcement, in fact, protesters were gathered outside the Presidential Palace in Buda Castle.

Some of their latest grievances include a new law allowing employers to request as much as 400 hours of overtime a year, and the initiation of administrative courts reporting to the government to oversee ‘sensitive issues’.

Thousands of protesters are in front of the Parliament in Budapest, #Hungary protesting the #OvertimeAct.
https://t.co/smrYekGW8Z

Yet backing up his words with policies, Orban addressed the increasingly right-wing Eastern European nation. He reinforced that Hungary did not need immigrants. What the country needed was more born and bred Hungarian children.

There are fewer and fewer children born in Europe. For the West, the answer is immigration. For every missing child there should be one coming in and then the numbers will be fine… But we do not need numbers. We need Hungarian children.

Orban further proclaimed that despite the expected global growth slowdown, he aimed to keep Hungary 2 percentage points above the EU average.

How? Through a series of financial support measures for larger families. In short? The more kids you have, the greater the incentives.

Want to buy a new house? All women under 40 years of age who marry for the first time can claim a 10 million forint ($36,000) subsidized loan. Then, just like the days of old when a women’s only purpose in life was to bear children, each one comes with an additional price tag–literally.

Once a Hungarian woman has pushed out at least two children, one-third of the debt from the loan will be canceled out. If she has one more, it will be forgiven entirely. Pop out just another one still, and the family will never have to pay income tax again!

Sure, they might not have a lot of time on their hands to go out and work with an army of children at home. In fact, between cleaning up baby vomit and and working 400 hours of overtime a year, it doesn’t sound like Hungarians will have time for anything else at all.

← PreviousFacebook is so Dominant it Earned $5 Billion in China in 2018 – a Country Where It’s Banned
Next →A Bitcoin ETF is ‘Virtually Certain’, Only Matter of time for SEC Approval: Wall Street Advisor 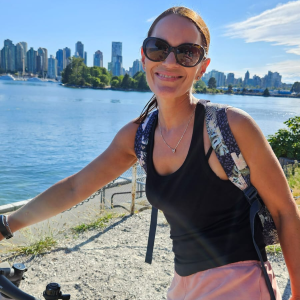 Christina is a fintech writer and crypto reporter with a fascination for tech and a passion for starting interesting conversations. When not at her computer, you can find her surfing a wave or drinking Rioja. Can We Just Agree to Stop Hating on Facebook? Spain is the Healthiest Country in the World; Cuba Trumps the US