Menu | Stories
CCN - Capital & Celeb News > Markets News & Opinions > Venezuela Gives Maduro the Boot, Will This be the End of His Petro Cryptocurrency?

Venezuela Gives Maduro the Boot, Will This be the End of His Petro Cryptocurrency?

The world is watching complete chaos in Venezuela, which is dire financial straits. Crypto investors who steered clear of a crypto offering peddled by the country’s president should be breathing a sigh of relief.

Venezuela’s president Nicolás Maduro is being ousted over the country’s miserable financial situation.  Opposition leader Juan Guaidó announced himself as the country’s new leader this week.

Petro Was Meant to Fuel Economy But Never Had any Steam 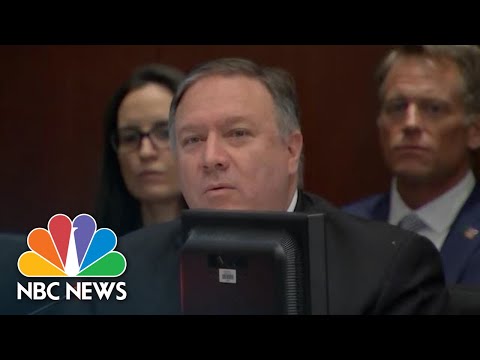 Millions of people have packed up and left the country. Those who have stayed must deal with power averages and short supplies of basics like food and medicine.

Maduro said he wanted to help the country’s economy. To help, Maduro proposed the Petro.

To much fanfare, Maduro announced last fall that the Petro was available for sale. Buyers could purchase the token with Bitcoin and Litecoin. The problem was — and continues to be — that there’s little, viable proof.

In October, CCN.com reported that Venezuelans weren’t even buying the Petro. Instead, they were loading up on Bitcoin. For instance, Bitcoin trading volumes in the country hit unprecedented highs. The country became known as being the home of the most prolific bitcoin traders on earth relative to the country’s population.

Maduro reacted by ordering local banks to accept the Petro and even hinted at charging for exports in it. There were also reports that pensioners’ bolivars from their accounts and replacing them with their cryptocurrency, the Petro.

Maduro touted the Petro as a means to help the country right its financial ship. The Petro is backed by the country’s oil reserves, Maduro claimed. Venezuela has the world’s largest oil reserves.

Savvy observers dismissed that reasoning. They believe Maduro pushed for the token as a means to circumvent the U.S. economic sanctions.

CCN.com reported that the sanctions were debilitating, so Maduro moved to monetize the country’s primary export product to a vast global market of investors without needing the U.S. Dollar.

Venezuelan officials claimed funds from investors all over the world would flow into a specific region. That would lead to job creation and breathe new life into Venezuela’s creaking oil export industry.

A Reuter’s investigation debunked that claim.

New Leader Doesn’t Care for Petro At All

Guaidó has made his disdain for the Petro clear. He believes it’s a scheme by Maduro to exploit the public.

Take these tweets from Guaidó from 2017.

Guaidó Gets Congrats From World Leaders, Except These Guys

Other world leaders who support Guaidó include Canada’s Minister of Foreign Affairs and Foreign Secretary. The Secretary, Jeremy Hunt, tweeted:

Maduro has some support from other nations. Mexico, Turkey, China, and Russia have had his back. CCN.com reported that the Petro was the work of a joint collaboration between Venezuelan and Russian government officials with Putin’s personal approval.

Having Trump’s support is important, notes Clay Porter of Navigant Consulting. Porter heads investigations in the Global Investigations & Compliance practice of the firm.

I don’t think the opposition leader would want to double down on a mechanism that was meant to circumvent U.S. sanctions. From a political sense, it wouldn’t make any sense [for Guaidó] to embrace [the Petro] if the U.S. government is supporting him.

Maduro was sworn in for a second term at the beginning of the year. His election was immediately criticized.

Guaidó is pushing for free and fair elections to be held ASAP. He’s called on the Venezuelan military to disobey orders from the government. Maduro has significant support among military leaders.

An estimated 26 people died this week in protests.

Tedra DeSue
If you can buy it, trade it, invest in it, or sell it, I write about it. For more than 20 years, I've covered all things finance. Based in Atlanta, Ga., I threw myself into covering the crypto space with a keen understanding that it would be an industry disruptor. I'm in constant search for the real Satoshi Nakamoto!
Subscribe
0 Comments
Inline Feedbacks
View all comments
← PreviousBillionaire Mike Novogratz Raising $250M Should Reassure Crypto Investors, Even in the Bear Market
Next →Bitcoin Valuable in a Dystopia, But Not Anywhere Else: JP Morgan Analyst