According to Chinese journalist Hu Xijin, official Chinese media reports didn’t mention the prospect of a second trade deal, which the U.S. stock market seems to have already priced in.

Xijin, who is editor-in-chief of Chinese and English editions of the Global Times, said the following:

“Initial wave of comments in Chinese media all stresses rationality and calmness. Official reports didn’t mention that President Trump hopes to sign the deal next month. This shows Beijing’s concern over uncertainty and doesn’t want to raise expectations of the public.”

On Oct. 11, the U.S. stock market responded with an intense upward rally following the official announcement of a mini trade deal, sending the Dow Jones up by more than 300 points in a single session.

Is the stock market pricing in a second phase of the trade deal?

In a press conference from with Chinese Vice Premier Liu He after reaching the highly anticipated phase one deal with China, U.S. President Donald Trump said that the phase two of the deal will happen “almost immediately” after the phase one is written down on paper.

U.S. stocks are said to have priced in the imminence of a second-phase deal given that the two nations have made their biggest breakthrough in almost two years, raising hopes for a more comprehensive agreement.

As President Trump noted last week, markets are strongly influenced by any signs of progress between the two superpowers. From Xijin:

“Source told me President Trump said during meeting with Vice Premier Liu He that the markets didn’t react too much to the USMCA trade deal; but the markets surge whenever China-US trade talks made positive progress. Today [Friday] is the case”

With official Chinese media expressing a cautious stance towards the second phase deal and not wanting to raise the public’s expectations, there is speculation that phase two will not happen as quickly as the markets envision.

At the same time, hopes are high that the ending of the impasse will aid key segments of the U.S. economy. As said by Tennessee Republican Senator Marsha Blackburn, the mini deal established last week alleviated significant pressure on the agriculture industry but it remains unclear whether it would have the same effect on the slowing manufacturing sector. 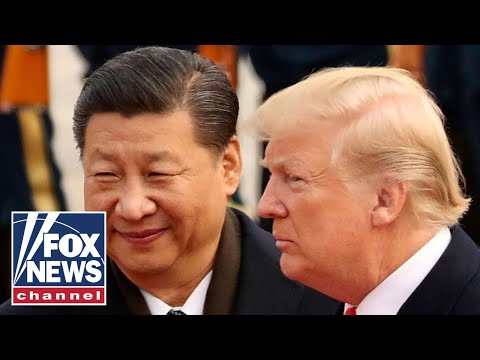 In a recent interview with Fox & Friends, Senator Blackburn said:

“We see this as progress… Over the past week, I’ve been meeting with a lot of Tennessee farmers and producers, and they are really hopeful, very hopeful, that this is going to be a step in the right direction with soy and with pork and more agriculture being sold. Also, our retailers in Tennessee are hopeful that we’re going to get around to some of the tariffs being removed.”

There are two factors for a continued market rally

Prior to the partial deal with China, some strategists predicted stocks to continue to rise regardless of the outcome and in spite of the slowdown in global economic growth.

Hence, even if the phase two of the U.S.-China deal comes slower than expected, the Federal Reserve’s accommodative stance could cover any declining sentiment around the trade dispute that could affect the stock market.

However, both the U.S. and China have mutual interest in sustaining the progress of the trade talks. As such, in major areas of the discussions including technology transfer, agriculture purchases and intellectual property protection, the two countries are expected to make progress over the coming weeks.

Sam Bourgi, Samburaj Das edited this article for CCN - Capital & Celeb News. If you see a breach of our Code of Ethics or find a factual, spelling, or grammar error, please contact us.