The government of the United States officially filed a lawsuit against Edward Snowden on Tuesday following the publication of his book “Permanent Record”, currently the best-selling book in the world.

The Department of Justice is alleging that the former Central Intelligence Agency (CIA) employee and National Security Agency (NSA) contractor violated non-disclosure agreements he signed with both the civilian foreign intelligence service and national-level intelligence agency by publishing information without their approval.

The lawsuit specifically takes issue Snowden’s failing to submit it to the CIA and NSA for review before publication, which violates the NDAs he signed.

DoJ: Not Your Money, Edward Snowden

What is most interesting about the lawsuit is the fact that the United States isn’t actually interested in preventing or restricting the publication or sales of “Permanent Record” — contrary to what Snowden’s tweet (above) implies.

Rather, it hopes to profit from Snowden’s work by recovering all proceeds generated by Snowden for failing to honor his non-disclosure agreements.

Edward Snowden has violated an obligation he undertook to the United States when he signed agreements as part of his employment by the CIA and as an NSA contractor. The United States’ ability to protect sensitive national security information depends on employees’ and contractors’ compliance with their non-disclosure agreements, including their pre-publication review obligations. This lawsuit demonstrates that the Department of Justice does not tolerate these breaches of the public’s trust. We will not permit individuals to enrich themselves, at the expense of the United States, without complying with their pre-publication review obligations.

The United States Needs the Money

The United States government could certainly use the proceeds from Snowden’s book, given that the national debt is higher than it has ever been.

In February of this year, the U.S. government’s public debt reached $22 trillion following declining tax revenue and increasing federal spending. More than $2 trillion of that figure was tacked on following the inauguration of President Donald Trump. Another half trillion dollars has been added to the national debt total since February.

With this in mind, revenues from “Permanent Record” would hardly make a dent in the United States’ debt — but money is money, right?

In reality, the lawsuit against Snowden is far less about enriching the U.S. government and more about preventing Snowden from enriching himself for leaking sensitive information, fleeing the country to escape criminal charges, and then writing a book about it.

As noted by the U.S. Attorney for the Eastern District of Virginia, G. Zachary Terwilliger:

Intelligence information should protect our nation, not provide personal profit. This lawsuit will ensure that Edward Snowden receives no monetary benefits from breaching the trust placed in him.

Monetary benefits are certainly being generated by “Permanent Record,” which has reportedly become the best-selling book, globally, hours after its publication.

Snowden infamously blew the whistle on the NSA in 2013 when he copied and leaked highly-classified information while contracted by the agency.

The leaked information revealed startling — though, perhaps, not surprising — revelations regarding multiple global surveillance programs operated by the NSA and the Five Eyes Intelligence Alliance and assisted by numerous private telecommunication companies and governments in Europe.

Snowden’s whistleblowing has brought criminal charges — separate from the book-related lawsuit — which is why he is now believed to live in Moscow, Russia.

Rather than suppress what is now already widely-known, the United States government appears more interested in hitting Snowden where it hurts most — his wallet — by preventing him from making any money for tattling.

Some Bitcoin proponents, like ShapeShift.io founder Erik Voorhees, have taken to social media to push the idea of paying for “Permanent Record” with the first and foremost cryptocurrency.

The underlying idea being pushed is that BTC payments for the memoir will somehow elude the Department of Justice and prevent the U.S. government from garnishing Snowden’s revenues.

What Voorhees apparently misses is the fact that Bitcoin is not a privacy coin and is, in many ways, less private than paying with fiat — a fact that should not elude the Shapeshift.io founder, given that mandatory KYC requirements have been added to his platform.

While there do exist some ways to make Bitcoin transactions more private, the cryptocurrency operates on a distributed public ledger — one which allows astute data analysts to track and identify transactions with relative ease. Paying with Bitcoin seems like an ineffective way of preventing the Department of Justice from taking Snowden’s revenue. At best, bitcoin transactions would just make it more difficult to estimate what is owed, should the government win its lawsuit.

Despite this, the revelations held within “Permanent Record” are likely bullish for Bitcoin — in that they should further open readers’ eyes to their lack of privacy and freedom in the digital age. The market-leading cryptocurrency remains the best way to ‘opt-out’ of a government system which many feel is inherently unfair.

That said, the price of Bitcoin has not reacted to the publication of Snowden’s book. At the time of this writing, BTC is trading at $10199.94 per coin — with the price stagnating in preparation for what many believe will be a big move coinciding with the launch of Bakkt. 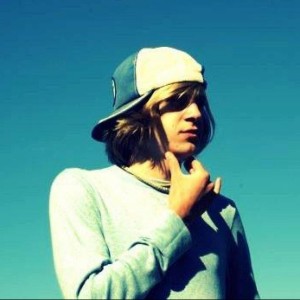 Adam Scott
Adam lives in Upstate New York and has worked extensively in both fintech and entertainment media. He specializes in covering the video games industry from a critical perspective and currently uses an Xbox One X and PlayStation 4 Pro as his daily drivers. You can email him at adamccn[at]protonmail.com.
Subscribe
0 Comments
Inline Feedbacks
View all comments

Who Are the Boogaloo Bois – and What Do They Want?
3 Comments
← PreviousThis Vegan ETF Is the Most Woke Millennial Thing Ever
Next →The US Quietly Printed $75 Billion out of Thin Air (For the Banks). This Is Why Bitcoin Matters

Edward Snowden to Reveal How Social Media Spies on Users
August 1, 2019 No Comments

You’ve Got to See What Edward Snowden Just Said About Bitcoin
June 28, 2019 No Comments

Hollywood Celebrities Show the Way to Bribe Your Kid into College
March 13, 2019 No Comments