By CCN.com: Uber stock slumped toward a disappointing 7.62% loss following its blockbuster IPO on Friday, and the rideshare giant must now wrestle with an uncomfortable time bomb that has already started ticking.

That time bomb? Driver compensation – and the backlash it has already begun to generate.

Two of Uber’s foundational resources are drivers and their vehicles, without which they cannot pick up passengers. For there to be a sufficient number of drivers, there must be enough incentive in the Uber pay scale to recruit them.

Basic economics dictated that the supply of Uber drivers would eventually equal or exceed the number demanded. That alone impacted the average Uber driver’s pay. More drivers meant less compensation, even as the size of the market expanded because driver supply grew more rapidly.

Seems like Lyft XD is taking some hits lately… Getting much worse. https://t.co/cBXrFDEs2z

Uber pay continued to decline because the company increased its commission while also decreasing fares to undercut the competition.

That’s substantially below the $13.51 average hourly pay in the service industry and about one-third of what private sector workers make on an hourly basis.

This is one of the time bombs inside of Uber’s operation. One of the early studies showed that there was a 50% attrition rate among Uber drivers after just one year.

There Are a Million Reasons to Short Uber’s New Stock. Here Are Three. https://t.co/EI51pSA1jJ

As wages decline, eventually the pool of drivers will dry up.

The only reason number of drivers hasn’t cratered at this point is because most drivers are not economically savvy enough to understand the per hour cost of using their vehicle when driving for Uber.

Another possible reason as to why drivers haven’t fled is because the economic recovery only kicked in recently.

With America’s employment ranks swelling by the month, the chances of drivers putting up with lousy Uber pay when they could be earning more than a minimum wage job is going to increase.

Some may point to self-driving cars as being the company’s savior. After all, robots don’t complain about driver compensation.

The problem with that argument is that any widespread use of self-driving cars is at least ten years away and probably more.

One can get a solid anecdotal feel for the state of the market by talking to Uber drivers and discussing Uber pay with them. They tend to be very transparent once you get them talking. 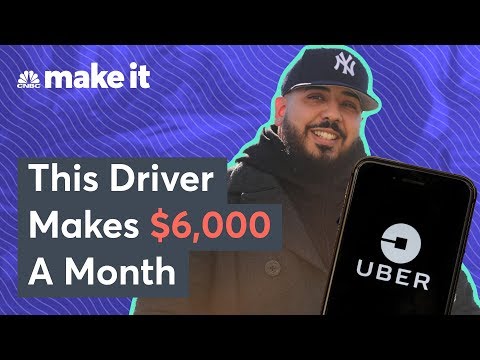 What one is likely to find is that there are select drivers in certain cities who have figured out how to maximize revenue and minimize cost, like the gentleman in the video above. The rest do not.

Uber-Lyft Strike: The First Rumblings in a Rideshare Driver Uprising

Many drivers will say they are driving for Uber or Lyft because they are retired, or have time on their hands and like to earn a little extra money.

However, just ask the ones who have been driving the longest what they have seen in regards to compensation. They will confirm that what they are earning now is substantially less than what they earned when they first started, which is why they are striking.

On May 8th, LegalRideshare attended the Uber / Lyft strike in Chicago as drivers across the globe protested for better pay and working conditions that benefit drivers and passengers alike. #UberLyftStrike@TheRideshareGuy @ChicagoRidesha1 @BernieSanders @DriveUnitedDC pic.twitter.com/7WZ4iReKLx

Uber has a transitory and completely disloyal workforce, for a job that offers no long-term benefits and rapidly shortens vehicle lifespans.

Once drivers realize they’ve been driving their cars into the ground, cannot keep up with routine maintenance, and have to buy new vehicles sooner than expected, the rideshare system will collapse.

“Disclaimer: The views expressed in the article are solely those of the author and do not represent those of, nor should they be attributed to, CCN.com.”