The U.S. stock market is set to decline by around 1.8% as investors anticipate the unemployment rate of the country to spike further.

The U.S. stock market is set to decline by around 1.8% as investors anticipate the unemployment rate of the country to spike following the lockdown of several key states. The number of unemployed individuals in California surged to 1 million as a result, rattling the financial market.

The Dow Futures indicate a 435-point drop at market opening, after declining by nearly 700 points from Wednesday’s peak.

The stock market has seemingly priced in the highly anticipated $2.2 trillion relief package set forth by the Trump administration, but not the jobs report.

Earlier this week, Morgan Stanley chief US economist Ellen Zentner told CNBC’s The Exchange in an interview that she expects jobless claims to reach 3.4 million.

Early estimates from major financial institutions put it at the 2 million to 4 million range. But, with California reporting 1 million unemployment claims alone, the total number of unemployed individuals could surpass 4 million.

The Senate bill would provide unemployed individuals of up to $600 per week for the next four months if residents cannot reenter the workforce over the next several months.

Still, the shockwaves from the record high unemployment rate across major industries are projected to result in extreme volatility in the stock market, especially in the short-term.

The Senate already passed a “historic” relief package on Wednesday, and the only process left before official implementation is the approval of the House.

The stock market’s decline on the day despite of the passing of the relief bill indicates that investors are not convinced the pressure on equities would be alleviated until the country begins to see a clear reduction of coronavirus cases.

According to data from worldometer, the number of confirmed coronavirus cases in the U.S. has spiked to 68,000, making it the third most infected country in the world behind China and Italy. 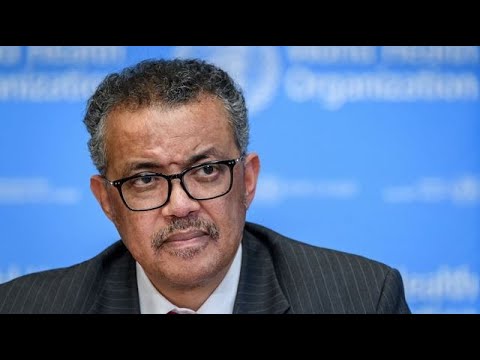 In China, the outbreak started to intensify with a substantial number of cases being reported on a daily basis in early January.

It wasn’t until late February that various studies suggested China is nearing the coronavirus peak.

The trend in China indicates that the U.S. could see worse months ahead in April and May, with late May and early June perceived as the point of decline of the virus outbreak.

Prominent epidemiologists have said that the peak of coronavirus deaths in the U.S. could be hit as early as mid-April, sparking optimism for a fast recovery.

Ira Longini, professor at the Center for Statistics and Quantitative Infectious Diseases at the University of Florida, told CNN:

I would guess the US will hit a peak in deaths in the next two-three weeks, as the doubling time seems to be about two-three days.

With aggressive fiscal policies in place and the relief bill nearly implemented, only a peak in the coronavirus outbreak would result in a steady recovery of the stock market heading into the second half of 2020.

In the near-term, strategists remain concerned that the quarter 2 earnings could shock the markets, given the significant decline in business productivity and sentiment in March.

Major companies have started to engage in Q2 earnings calls, and the stock market is expected to react to it in the upcoming week.