Amid a historic rout in crude oil prices, President Donald Trump has vowed to protect the U.S. energy industry.

Unfortunately for bulls, the supply-demand curve is out of control. So while another round of bailouts could rescue Big Oil stocks like Chevron and Exxon Mobil, there is only so much even the Federal government can do to prop up the flailing sector.

The U.S. oil industry, which has powered a large portion of the economy’s recovery since 2008, is suddenly in dire straits.

Following waves of layoffs, the White House finds another sector in crisis. Many energy companies will inevitably need substantial government welfare to stave off bankruptcy.

But the simple fact is that while Fed dollars might provide temporary support to oil stocks, you can’t print consumer demand.

It doesn’t matter how many bridge loans you hand out. At some point, people need to start burning crude again. And until they do, oil producers will keep switching off their wells and shutting down their rigs.

Chevron & Exxon Mobil May Be Able to Weather the Storm

The good news for oil “supermajors” like Chevron is that if they can survive this crisis without suspending their dividends, their stock prices may hold up quite well. 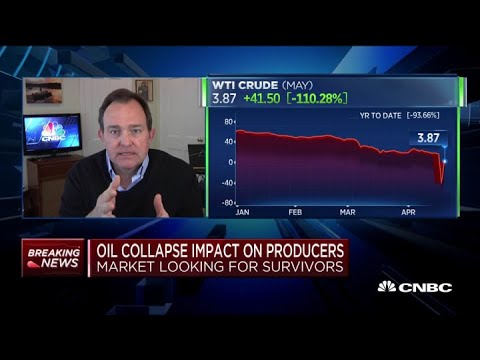 Trump will do his best to provide a backstop. And with all the demand destruction going on, current production levels are unsustainable. Once the world economy finally gets back online, Chevron could thrive in a market that may eventually find itself suddenly undersupplied.

Exxon Mobil is not in as strong a position as Chevron, and its dividend looks far more vulnerable. Despite this, XOM is still well off its yearly lows even after June futures for WTI crude fell beneath $10 today.

But as is always the case, the little guy may not be as well-off as Wall Street.

The oil price plunge has already cost the state of Texas at least $1 billion in revenue. Snowballing layoffs began in March, and Trump’s assistance will come too late to bring those jobs back. The best the government can hope to do is provide benefits to those who are unemployed.

Despite boasting about the “Art of an Oil Deal” on Twitter, the White House has seen its OPEC+ supply cut fail utterly to balance the crude markets.

A deluge of Saudi Arabian oil is on its way to North America, and storage capacity is running desperately short.

Trump Can Backstop Big Oil, But He Can’t Save Smaller Producers

Even Occidental Petroleum – the smaller, more debt-laden peer of Chevron and Exxon Mobil – has avoided breaking out to fresh yearly lows. 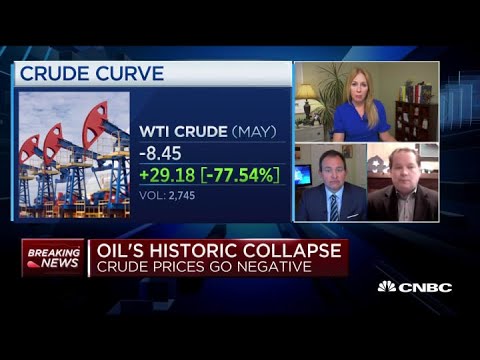 But smaller producers – the beating heart of the industry – cannot resist the gravity of single-digit oil prices should the downturn fester much longer.