Democrat Adam Schiff, the chairman of the House Intelligence Committee, still insists there’s “ample evidence” of collusion between Russia and the 2016 Trump campaign even though special counsel Robert Mueller concluded there was no collusion.

Schiff made the inane remarks on MSNBC (video below).  Schiff disingenuously claimed that he accepts Mueller’s conclusions, but then stubbornly doubled-down on his insistence that there was collusion.

However, he didn’t proffer any evidence to buttress his contention.

“I accept Mueller’s conclusion…But as I said, there is evidence of collusion and corrupt co-mingling of work between the Trump campaign and the Russians.”

“I fully accept that as a prosecutor that he couldn’t prove beyond a reasonable doubt that crime….[but] I always said there was ample evidence of collusion in the public record.”

"There's plenty of evidence of collusion and corrupt co-mingling of work between the Trump campaign and the Russians. I fully accept that as a prosecutor [Mueller] couldn't prove beyond a reasonable doubt that crime." pic.twitter.com/0jz5Sjthhd

Schiff: Oppo Research Is Unpatriotic (No, It’s Not)

Schiff then claimed that President Donald Trump — through political consultant Roger Stone — had “colluded” with Wikileaks to release damaging information about Hillary Clinton in the months preceding the 2016 election.

Schiff conceded that even if compiling opposition research is not criminal, it’s unpatriotic. Um, who cares? It’s not a crime. In fact, every politician collects oppo research on his rivals.

“There is no doubt about how the President touted the Wikileaks releases. And whether it is criminal or not [I can’t say]…but it’s deeply unpatriotic, unethical, and corrupt.”

No Indictment = No Evidence of Collusion

As everyone knows, Robert Mueller did not indict Trump — for anything. The lack of an indictment means there was no evidence (or insufficient evidence) that a crime was committed.

Trump supporters realize that the “Russia collusion” hoax was a hare-brained attempt by Democrats to undo the results of the 2016 election because they don’t like Trump. We get it. But now it’s time to move on.

Not surprisingly, Adam Schiff got dragged on social media for his desperate clinging to the collusion delusion.

Ronna McDaniel, the chairwoman of the GOP, tweeted: “Mueller said there was NO COLLUSION. Schiff should resign.”

Adam Schiff spent the past 2 years going on TV just to smear @realDonaldTrump with wild politically motivated attacks that have been proven false.

Mueller said there was NO COLLUSION.

“Did this guy damage brain cells choking on a kielbasa at some point in his life?”

Did this guy damage brain cells choking on a kielbasa at some point in his life? https://t.co/0enlMdydtb

“Reminder: Mueller already said there was “No Collusion.”

One of the major fall-outs of the Russia collusion hoax is the irreparable damage it has done to the media’s credibility.

Harvard Law Professor Alan Dershowitz — a lifelong liberal who voted for Hillary — says the Mueller report was a damning indictment of the media.

I feel bad for CNN and MSNBC viewers. It must feel like someone waking up after 2 years to the reality that you have been in a cult. So many lies about Russian collusion. So much false hope. It must be terrible to find out it was all a lie, a hoax, a fraud. pic.twitter.com/zmRCJ5XZVO

Dershowitz says the press — which is overwhelmingly left-wing — shamelessly pushed the collusion hoax in a desperate bid for ratings.

And then, when the Mueller report came back negative, Trump-hating cable news outlets like CNN had egg on their faces.

“They made it seem like this was an open-and-shut case and they misinformed the American public. They have to have some public accountability when they say things that turn out not to be true.”

“I’ve been vindicated. I’ve been saying this from Day 1. And I’ve been criticized and condemned for simply doing a legal analysis that I think any reasonable, objective, nonpartisan lawyer would have done.” 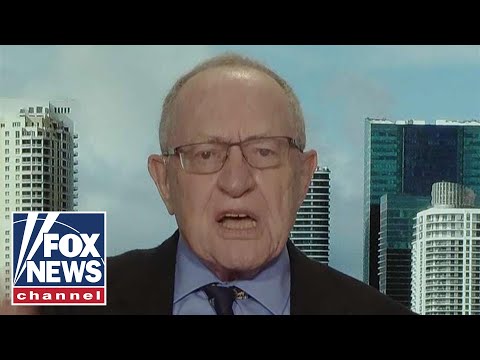