The U.S. stock market closed with a modest gain. But U.S.-China relations are reaching a boiling point, threatening the market’s momentum.

The U.S. stock market closed with a modest 0.68% gain on Thursday due to optimistic job data. But U.S.-China relations are reaching a boiling point, threatening the market’s momentum.

The Trump administration also reportedly plans to require all Chinese stocks to comply with specialized regulators by 2022.

There is Newfound Risk Against the Stock Market

Throughout the past several months, economists have consistently warned against the intensifying U.S.-China tensions.

But whether that could prevent geopolitical risks and gloomy economic data from affecting the stock market is uncertain.

Virus infections are still soaring, and the economy is declining. In the near-term, heightened geopolitical risks could have dire implications.

Yet, studies show hiring in the U.S. would likely slow down, as many states struggle to open fully.

Amid an economic recovery, the worsening U.S.-China relationship puts additional pressure on the stock market.

Some strategists say that the ban on TikTok and WeChat is a decision to give the U.S. leverage. 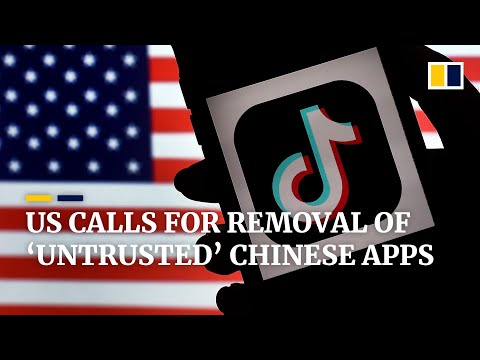 The executive orders leveled on TikTok, and the scrutiny over WeChat has opened up a most unwelcome can of worms. [This could] be more of a signal than anything else, especially front running the China trade talks.

Whether China sees it in the same light is a different question.

On August 7, the AFP News Agency reported that China accused the U.S. of “political manipulation.”

The Chinese state media expressed their discomfort toward the ban on TikTok last week.

This time, as it concerns the nation’s second-biggest tech conglomerate Tencent, China appears to be reacting more fiercely.

When the U.S. ordered China’s Houston consulate to close down, Chinese authorities immediately responded with countermeasures.

If China responds to the U.S. with measures against American companies, it could trigger a new barrage of conflicts.

The Conflict Could Last Longer This Time Around

The Trump administration has not stopped at banning the two dominant Chinese social media giants.

The government is looking to carry out reform on all Chinese stocks in the U.S. stock market.

The WSJ’s report says that a new plan would require Chinese firms to comply with the Public Accounting Oversight Board.

Public Chinese companies in the U.S. would have to share work papers with specialized audit regulators.

If the companies deny, according to the new plan, they would be delisted from the NYSE and Nasdaq.

The recommendations outlined in the report will increase investor protection and level the playing field for all companies listed on U.S. exchanges.

September 27, 2020 2 Comments
← PreviousThis Is Why the Dow Jones Pulled Off Another Winning Session Today
Next →The Dow Is Fizzling – But Stocks Just Did Something Insanely Bullish