By CCN.com: Though he is no longer active in the day-to-day activities of the Trump Organization, the U.S. president’s reported desire to acquire Greenland could be the most brilliant real estate deal he will ever make – if it comes to fruition.

This is precisely for one reason – the vast mineral resources that Greenland holds. That fact has been known for years, but as the ice melts, these resources will become much easier to exploit.

Among the resources that Greenland commands include oil and gas. The vast island with an area of nearly 2.2 million square kilometers also possesses gold, iron ore, rubies, uranium, and rare earth elements (especially important due to the trade war).

For the United States, the hydrocarbons probably hold the greatest allure. Despite becoming the largest oil producer in the world in 2018, the U.S. is still a net importer. 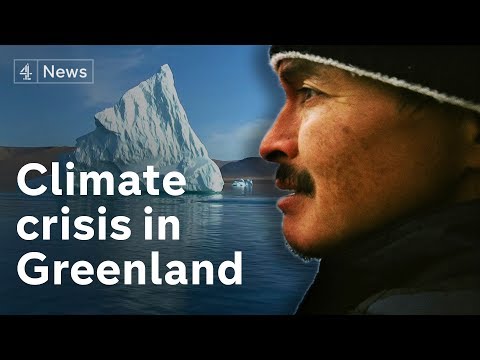 The U.S. can’t afford to rely on the hydrocarbon resources that exist within its current borders. With a billionaire dealmaker at the helm, why not try an acquisition instead of an invasion or an annexation like happened with the state of Texas?

So what quantities of hydrocarbon resources in Greenland are we talking here? Per the U.S. Geological Survey, three major areas in Greenland likely contain nearly 52 billion barrels of unexploited oil and gas resources.

However, oil and gas exploration on the vast island has been severely limited. But as the ice melts due to climate change, this figure could significantly increase. With the U.S. consuming around 20 million barrels per day, the estimated hydrocarbon resources on just the three areas of Greenland would last the U.S. approximately 2,600 days – a little over seven years.

Deal or no deal – Will the Danes agree to sell Greenland?

With Greenland being a semi-autonomous Danish territory, Trump’s reported intentions were mainly met with dismay and rage. Former Danish Prime Minister Lars Lokke Rasmussen even likened it to an April Fool’s joke.

It must be an April Fool’s Day joke … but totally out of sesson! https://t.co/ev5DDVZc5f

President Trump need not listen to the naysayers, though. He should just go ahead and acquire the world’s largest island and work with Congress to make it America’s 51st state (sorry, Puerto Rico) and maybe even see his approval ratings finally soar above 50 percent!