The Trump administration is desperately trying to push through the biggest rescue package in American history. But it’s not enough, according to hedge fund manager and billionaire Ray Dalio.

The head of Bridgewater Associates said Trump will need at least twice what he’s currently proposing. Asked how much the government needs to spend, he told CNBC:

I would say somewhere in the vicinity of $1.5 trillion to $2 trillion as a minimum. 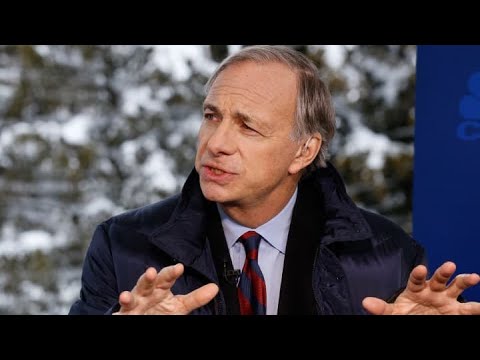 Ray Dalio: ‘A lot of people are going to go broke’

Dalio said the potential economic impact from the coronavirus fallout is enormous. He thinks the numbers will run into the tens of trillions globally.

We estimate that corporate losses would be in the losses of the vicinity of about $4 trillion. Globally probably about $12 trillion…There’ll be big losses. [And that’s just] corporations. There’ll also be individuals with very big losses and individuals who can’t afford the shock they’re going to have. So there’s a need for the government to spend money. A lot more money.

As restaurants, bars, and small business close across the country, thousands of workers will be laid off. We’re already expecting one of the worst jobless reports in modern history when the numbers come in. As Dalio put it:

A lot of people are going to go broke.

The White House and the Federal Reserve have already gone into overdrive with stimulus measures. The Trump administration is preparing the biggest rescue package in history, totalling $1 trillion. On Thursday, Treasury Secretary Mnuchin outlined a form of universal basic income support, a once unthinkable policy floated by presidential candidate Andrew Yang.

He said a second payment would be made if the virus impact extended another six weeks. Elsewhere, Congress passed a $100 billion package for emergency paid leave and free virus testing.

How will Trump pay for it?

If the rescue package runs to $2 trillion as Dalio predicts, how will the government fund it? The answer, he says, is the Federal Reserve.

The way this works, the way it works in history, is they have to get the money from the Federal Reserve.

Dalio added that the money could come in the form of loan guarantees or credit.

The legendary investor was on the right side of the 2008 financial crisis, making a profit for his fund during the collapse. But he was blindsided by the coronavirus selloff. Speaking in early February, he shrugged off the reports of the outbreak in China.

[Coronavirus] probably had a bit of an exaggerated effect on the pricing of assets.

His Bridgewater Associates fund then lost 20% in the subsequent stock market crash.

We did not know how to navigate the virus and chose not to because we didn’t think we had an edge in trading it. So, we stayed in our positions and in retrospect we should have cut all risk.