Mark Zandi, the chief economist at Moody’s Analytics, warned the stimulus might not be enough to prevent a steep downturn.

The economist said the stimulus would have to be worth at least $1.5 trillion to avoid a double-dip recession.

On July 20, Secretary Mnuchin said the White House is pushing for a stimulus bill worth $1 trillion.

He said the new package would focus on kids, jobs, and vaccines. Approximately $105 billion will likely be sent to schools. 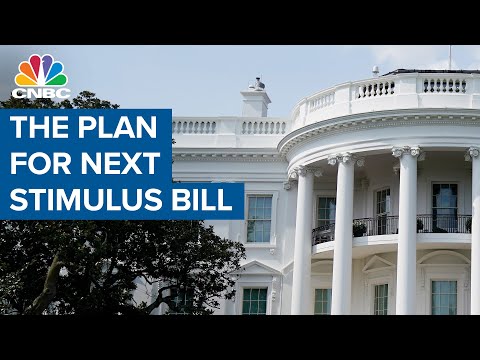 But there are two major issues with the stimulus. First, Senate Minority leader Chuck Schumer said the proposal is not likely to be met. Second, Zandi says the negotiation might take longer than expected.

Zandi, who said the currently-talked about stimulus plan is too small, said:

It has to be well-designed, effective support… That means aid to state and local governments, additional support to the folks that are unemployed, another round of stimulus checks and also some more help for getting schools open and helping those health-care workers.

The Moody’s economist further noted that the Republicans and Democrats might wait for the “last-minute” because “they always do.”

A delayed stimulus package that is smaller than the expectations of economists could slow down the momentum of stocks.

The market is seemingly pricing in a new round of direct payments and a massive stimulus deal. If a substantial agreement does not come to fruition, the probability of a market downturn could rise.

According to the United States Department of Labor’s latest report, unemployment remains at 11.9%.

In the near-term, economists say that additional job losses are inevitable. Zandi said the absence of a “very large” stimulus package would trigger a spike in jobless claims. He said:

But by August or September, if we don’t get a very large support package from lawmakers, I think we’ll see some outright job losses.”

The markets have rallied since March as a result of direct stimulus payments and the $600 unemployment benefits.

Strategists say that the end of the $600 unemployment payments could put millions in a difficult position. When that coincides with a rise in jobless claims and virus cases, the stock market uptrend could slow down.