The 2020 pandemic has rendered government bonds virtually obsolete to hedge against market volatility, according to BlackRock. The asset manager is advising investors to look for alternatives in the age of negative interest rates.

BlackRock: Treasurys Are No Longer a Source of Stability 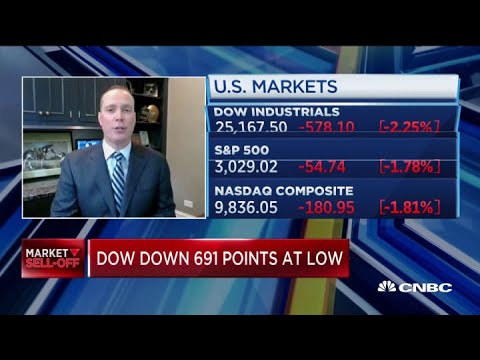 Once viewed as a “ballast” against stock-market volatility, nominal government bonds are not as reliable as they used to be.

BlackRock says that monetary policy will depress returns across developed-market government bonds over the next five years. As central banks anchor interest rates at zero or below, bond holdings could generate negative returns for the foreseeable future.

The traditional approach to building financial resilience in multi-asset portfolios has been to rely on nominal government bonds as a cushion against risk asset selloffs. One consequence of the policy revolution – bond yields tethered by central bank intervention – challenges this and forces investors to seek out alternatives. —BlackRock Midyear Global Outlook

Central-bank intervention following the 2008 financial crisis kick-started the longest bull market in history for stocks. But BlackRock says another massive bull market is unlikely in the current scenario.

That’s probably because of where we are in the business cycle, the record amount of debt on individual, corporate, and government balance sheets, and the starting point for the latest policy intervention.

The Federal Reserve usually has to reduce rates by 500 basis points to stimulate the economy. But the federal funds rate peaked at just 2.25% in 2019 before heading lower. That’s only a 200-point cushion before negative rates enter the picture.

Fed intervention reached epic proportions earlier this month when policymakers announced they’re going to start buying individual corporate bonds. Although this move was triggered by the pandemic, the Fed has been expanding its balance sheet since September when the repo market suddenly went haywire.

Investors have been flocking to U.S. Treasurys in response to the pandemic, pushing yields to all-time lows. The flight to safety was associated with a historic stock-market collapse that produced the fastest bear market in history.

Although the Fed could implement yield-curve controls on Treasurys, the asset’s perceived safety will come at a huge opportunity cost. After all, who in their right mind would invest in Treasurys with such a low yield?

BlackRock says traditional asset allocation between stocks and bonds alone “is not going to work anymore.” Rather,

Granular analysis at the country and sector level is crucial to understanding exposure to the structural limits that will be tested in the post-Covid-19 world.