It’s no secret that Google collects a mind-boggling amount of personal information about its users. Probably, even more than you realize.

It remembers every YouTube video you watch and every search you perform. Not to mention Google Maps logs everywhere you go, without you even opening the app.

At this point, Google may know you better than you do.

We Know What Google Did Last November 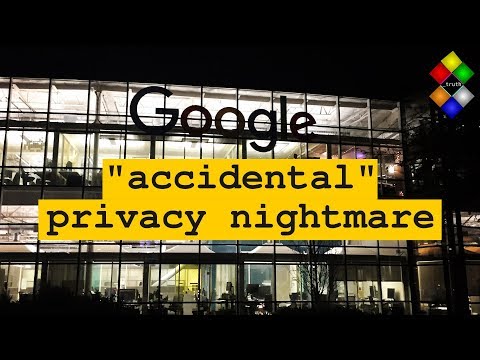 While lots of people use Google Photos to back up images and videos stored on their devices, they don’t expect those to become public domain. On Tuesday, the search giant confirmed that users’ private videos uploaded to the service were sent to strangers.

Google’s apathetic email for Takeout users didn’t provide any details on how many people were affected, nor the number of videos that were shared accidentally:

Unfortunately, during this time, some videos in Google Photos were incorrectly exported to unrelated users’ archives. One or more videos in your Google Photos account was affected by this issue.

9to5Google reported that only 0.01% of Google Takeout users were affected. But keep in mind: the service is used by over 1 billion people. So even such a small percentage matters.

Jon Oberheide, co-founder and CEO of Duo Security, was one of those who received the email. He was quick to comment on the situation on his Twitter account:

The company has apologized “for any inconvenience this may have caused,” adding:

We recommend you perform another export of your content and delete your prior export at this time.

What Makes It So Hypocritical?

Google Takeout was designed to give people more control over what they store on Google. Its main goal was to let users download all of their personal data to either back it up privately or before they delete their Google account.

If Only It Were the First Time

We might have forgiven Google if it was the first time the company violated our privacy. But it wasn’t.

In 2004, 31 privacy and civil liberties groups wrote a letter asking Google to suspend its Gmail service due to the privacy concerns regarding data retention and sharing.

In 2009, the company reported that a bug in Google Docs allowed unintended access to users’ private documents. Around 0.05% of all documents stored were affected by the incident.

During 2012-13, Google reached two settlements over tracking consumers online without their knowledge after bypassing privacy settings in Apple’s Safari browser. The company had to pay over $39.5 million in total.

Around same time, Microsoft launched its “Scroogled” campaign, attacking Gmail for scanning email messages. The software giant argued that most users aren’t aware their personal messages are being monitored to deliver targeted ads.

In May 2019, the DPC opened an investigation into Google’s Authorized Buyers real-time bidding (RTB) ad exchange. The probe followed a 2018 complaint filed by Dr. Johnny Ryan, the Chief Privacy Officer at Brave. He suggested the system is “leaking” the personal data of users to more than 1,000 companies without their consent.

As cherry on top, the company was fined $170 million by the Federal Trade Commission in New York in September 2019 for violating children’s privacy on its YouTube platform.

Antitrust Probes Remain in the Headlines

Today, the future of this search-engine powerhouse is in the hands of the Justice Department. For months, the company has been investigated for using its dominance in ways that violate U.S. antitrust law. The reviews are expected to last for much of 2020.

Will We Trust Google Ever Again?

Only a few years ago, users were unaware of their personal data being leaked all over the internet. This allowed tech giants to enjoy billions of dollars in profits by trafficking others’ private information.

But it’s important to keep in mind that, technically, Google isn’t stealing anything from us.

We are willingly giving everything them everything they need to know. We share our graduation photos, career updates, relationship status and even store our private stuff on Google Drive. Most of us agree on the privacy statements that Google sends without even reading them.

So, maybe it’s time to stop giving our privacy away?