Morgan Stanley suggests the number of new pandemic-related hospitalizations will decide the trend of the stock market in the near-term.

Morgan Stanley suggests the number of new pandemic-related hospitalizations will decide the trend of the stock market.

The U.S. stock market is treading cautiously after a 7.9% upsurge in the past month.

As long as the number of people admitted to the hospital does not increase substantially, Morgan Stanley Wealth Management CIO Lina says the stock market will likely carry on.

CDC’s New Hospitalizations Chart is Key for the Stock Market

The Centers for Disease Control and Prevention (CDC) of the U.S. regularly tracks weekly hospitalizations.

Since early May, the data from the CDC indicates laboratory-confirmed hospitalizations have dropped off significantly.

The data shows severe cases of the pandemic are declining every week.

If the number of hospitalizations continues to plateau, Shalett said the upward momentum of the U.S. stock market could remain stable.

I think the point is that so long as the hospitalization rate remains at a level that keeps us away from crisis, I think that both from an economic policy perspective and quite frankly from a human psychology perspective, we’ve kind of crossed the Rubicon and we’re made the decision as a country that we’re going to you know persevere and carry on.

The other two fundamental factors that can fuel the confidence of investors are the unemployment rate and financial conditions in the U.S.

As the U.S. economy gradually reopens, the stock market will react to the trend of jobless claims and the Fed’s stance.

Currently, the U.S. stock market is in an ideal position to recover. The appetite for equities is rising because of the Fed’s aggressive policies, such as its corporate bond purchasing program. 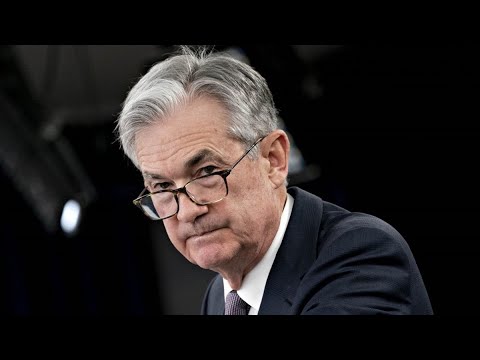 Major financial institutions are optimistic towards the stock market because they believe President Trump will eventually ease tensions with China to streamline the growth of the U.S. economy.

Now, it seems Wall Street is placing even more pressure on President Trump to do so.

On June 18, BlackRock CEO Larry Fink said China is one of the most significant opportunities for the $7.43 trillion asset management giant.

We are here to work with China. We firmly believe China will be one of the biggest opportunities for BlackRock.

For President Trump, the clear message from BlackRock may serve as a wake-up call to drive economic recovery.

Hedge funds could move their capital back into the stock market if they see serious efforts to offset geopolitical risks.