James Harden had just completed a filthy four-point play, giving the Houston Rockets a five-point lead over the LA Clippers with less than two minutes to play. One of the most highly anticipated games of the regular season was living up to the hype, with Harden out-dueling Kawhi Leonard and Paul George on the road.

The Rockets aren’t as deep as the Clippers and their superstar tandem not as cohesive. But it didn’t matter, as Harden made a statement in front of a global television audience that his team would remain one to be reckoned with come playoff time.

THIS MAN IS NOT HUMAN pic.twitter.com/ooQsdc9Ifb

But that show of dominance was wasted shortly thereafter, with LA storming back to earn a thrilling 122-119 victory as Houston’s offense sputtered in the game’s final moments.

Why? Russell Westbrook proved haplessly unable to make the opposition pay for forcing the ball from Harden’s hands.

Westbrook went 1-of-5 from the field in crunch time versus the Clippers, missing each of his last four shots. Just as debilitating was that he failed to make the Clippers pay for committing two defenders to Harden, a numbers game elite playmakers are counted on to win.

It’s not exactly surprising that Westbrook couldn’t take advantage of a defense exploiting his biggest weakness. Concerns about his fit next to Harden after the Rockets acquired him in exchange for Chris Paul were layered, but chief among them was his inability to make open jumpers.

Westbrook is shooting 23 percent from beyond the arc on nearly six attempts per game, numbers that would qualify as the worst three-point shooting effort of all time if extrapolated over the full season. He’s also shooting a lower percentage on catch-and-shoot attempts than pull-ups, especially problematic for a secondary scorer playing next to Harden.

Westbrook isn’t only struggling from long-range, though. He’s making just 33.9 percent of his two-point attempts from outside the paint, exactly the shots the analytics-driven Rockets have worked so hard to avoid.

Worse? Westbrook has taken the 12th-most mid-range jumpers in the league, too.

The Rockets Are Better Without Westbrook

Westbrook’s status as the most inefficient high-usage player in the NBA isn’t shocking. Last season yielded the same outcome, and hopes that playing next to Harden would result in superior efficiency were always rooted in optimism that ignored recent context.

Still, the thought prevailed that another ball handler who puts imminent pressure on defenses would be a boon to Houston regardless, especially when Harden went to the bench.

Not only have the Rockets been far better on both ends over the first month of the season without Westbrook in the game, but they’ve been outscored by 54 points in the 138 minutes he’s played sans Harden. The most damning evidence of his negative influence might be that Harden has been nearly as efficient while Westbrook rides the pine.

So much for the specious notion that Houston would improve with Westbrook in place of the aging, mercurial Paul.

There’s no easy fix here. Westbrook has never been a good shooter, and the numbers have long suggested he offers a negative impact defensively despite ranking toward the top of the league in steals and deflections.

If there’s a silver lining, it’s that Westbrook isn’t letting his widespread struggles affect his confidence in himself or his new team, despite a three-game losing streak. 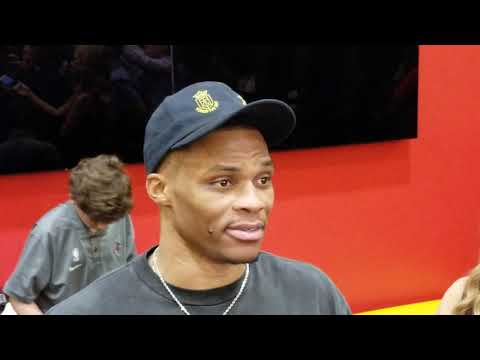