If 2019 was a dismal year for the Royal Family, 2020 certainly isn’t looking any better.

Prince Harry and Meghan Markle are stepping down as senior members of the British Royal Family.

According to an Instagram post, the Duke and Duchess of Sussex will continue to support the Royal Family while they begin to “carve out a progressive new role” and “become financially independent.”

The announcement wasn’t a complete shock – a royal rift has been widening since Harry and Meghan’s relationship first started to blossom.

But perhaps this event is an opportunity for the rest of the Royal Family to reflect, put the kettle on, and consider the benefits of winding down the monarchy for good.

Having a royal family isn’t cheap.

The British monarchy cost taxpayers £67M ($86M) in 2018-19, which is up 41% from the previous financial year. A major reason for the heavy bill has to do with critical renovations at Buckingham Palace, which are estimated to cost £369M ($483M) over 10 years.

But let’s break some of these costs down further.

The official residence of Harry and Meghan cost the public £2.4M ($3.1M) – despite the fact the building was a present from the Queen.

And during Harry and Meghan’s wedding in May, the security costs alone were estimated to cost more than £20M (2$.6M).

Royalists will argue that the family also gives a lot back, financially and culturally. And that’s true. But the Royals can still give back in much the same way without public funding – which is what Harry and Meghan are planning to do.

The Monarchy is a Relic of an Old Age

What is a monarchy? It’s an archaic form of government led by unelected kings and queens.

The concept typically invokes images of medieval weaponry, gray castles, and Game of Thrones. Appropriately, most countries tossed out their dynastic leaders before the second half of the 20th century. But not Great Britain.

The British Royal Family has done a remarkable job of maintaining a popular perception across the Commonwealth. According to a 2018 Statista poll conducted in the United Kingdom, the monarchy is supported by a majority of Britons across all age groups.

But public support doesn’t change the facts. And fundamentally, the Royal Family is a group that acquired its wealth and power through hereditary means. They represent a medieval concept that’s not appropriate in a modern democratic world.

So even though the family doesn’t have any real influence over government policy, the hefty cost to include them in public ceremonies is at best unnecessary and at worst inappropriate.

Privileged Advice for the Unprivileged Masses

Another way some Royals have maintained relevance is by connecting with audiences through global tours and social media.

Most recently, Harry and Meghan have been at the forefront of raising awareness about climate change. 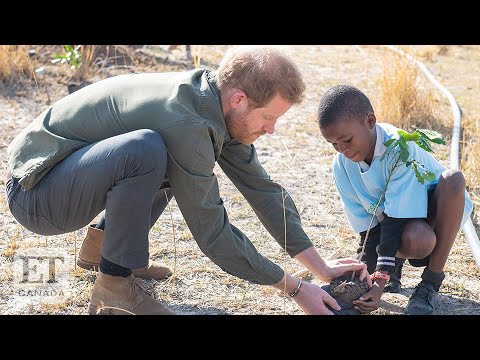 Last summer, Harry and Meghan revealed they were only going to have two children at most to avoid contributing to the Earth’s carbon footprint. But shortly afterward, Harry faced backlash for taking multiple trips on private jets, including to an event where he was speaking about climate change.

The problem with this revelation isn’t about hypocrisy, but rather about how it demeans the seriousness of climate change. If a multi-millionaire who promotes climate action is flying private jets, why should anyone else feel guilty about driving their diesel car?

Ultimately, I don’t have anything against any member of the Royal Family. But I do object to taxpayers forking out tens of millions for the lavish expenses of a monarchy that uses private jets to preach about climate morality.

In that sense, I applaud Harry and Meghan for their decision to become financially independent, and I hope the rest of the family follows their lead.