“Don’t fight the Fed” has been a powerful stock market trading mantra on Wall Street for a long time.

From the financial crisis bailout era to Alan Greenspan’s invention of the “Fed put” after the 1987 market crash, investors have learned to follow the Federal Reserve with an almost Pavlovian devotion.

And, more often than not, the Fed rewards that devotion by keeping the stock market party going. That’s just as true in 2020 as ever. But investors shouldn’t forget that the pendulum swings both ways.

The Fed Juiced the Stock Market with Unprecedented Support 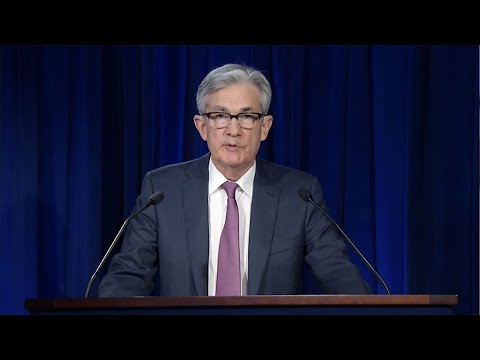 When the pandemic began wreaking havoc on the economy in March, the Federal Reserve promised unlimited resources to fight what looked to be a looming Great Depression.

In the span of a few weeks, the Fed reduced interest rates to zero, instituted $700 billion in quantitative easing, and brought back emergency lending facilities. These programs originated during the financial crisis more than a decade earlier.

The central bank even went a step further with a promise to buy low-grade corporate debt. Typically known as “junk” bonds, the bank’s goal was to keep that market afloat amidst a sudden lack of investor interest.

These moves were enough to stop the bleeding from the fastest drop from all-time highs to a bear market in Wall Street history.

In fact, a new bull market technically started in early April, with the S&P 500 now up around 40% from its lows.

But it’s not April anymore.

Why the Fed May Be Leading Bulls Into a Trap

Now, in June, we’re seeing a rapid drop-off in economic support from the Fed.

It’s not a secret. The decline in “unlimited” support is based on the Fed’s balance sheet expansion with its purchase of Treasuries and mortgage-backed securities.

This is where traders might want to start thinking about fighting the stock market uptrend. With the Fed tapering its purchases, there’s less support for substantially higher equity prices.

The Fed has achieved its goal of getting investors to stop being fearful. And that’s as a collapse in corporate earnings has made stocks even more expensive on a valuation basis today than back in their February highs.

Over the past decade, the removal of market support from the Fed has led to various “taper tantrums.”

These tantrums occur when traders send yields up and inflation expectations down – typically against the Fed’s wishes.

The first occurred in 2013, when the central bank started to slow its asset-buying programs.

On the stock side, these tantrums have triggered both sudden market drops and long, sideways trends. These occur as traders start to price in further reductions in Fed buying activity ahead.

With reduced central bank liquidity, a market tantrum is likely. The only question is whether or not it will be severe enough to turn into another bear market.

At the very least, stocks could retest the March lows – as many money managers and corporate insiders already suspect.