The Dow Jones careened lower on Friday, and the IMF warned that the global economy is on the brink of “humanity’s darkest hour.”

Unemployment is quickly spiraling higher, and problems with the government’s Paycheck Protection Program are only making the situation worse – creating new headaches for Dow bulls.

There was a remarkable symmetry in the sell-off among the three most prominent U.S. stock market indices:

Volatility continued to rule the commodity sector, and reports of an emergency OPEC meeting provided a strong push for oil prices. U.S. crude rallied 13% to trade above $28.50 per barrel, and Brent rose a stunning 14% to clear the $34 level. 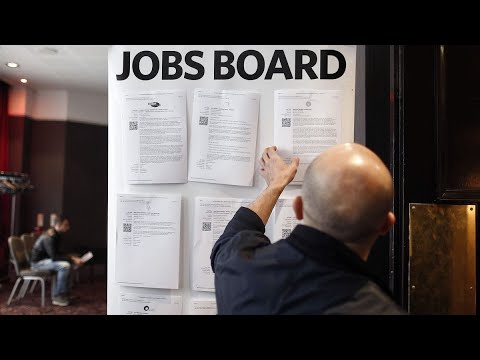 The U.S. jobs report was considerably worse than economists had anticipated. Non-farm payrolls dove more by more than 700,000 jobs –  a full 600,000 worse than the consensus forecast – and unemployment spiked to 4.4%.

There was a narrow 0.4% bounce in hourly earnings, but this is likely anomalous due to mass lay-offs in the low-wage retail and service sectors.

Unfortunately, this week’s jobless claims report reveals that conditions are only going to get worse. Economists at Nordea anticipate that the unemployment rate is set to triple

The risk is, therefore clearly leaned towards higher unemployment rates. Our projections though fit relatively nicely with Kaplan and Mester’s recent comments that the unemployment rate may peak in the low-to-mid teens, while they are far from Bullard’s horror scenario of 30% (in comparison, unemployment reached 25% during the Great Depression).

Unfortunately for Dow Jones bulls, early indications are that the program is suffering a chaotic roll-out. Many small business owners have taken to Twitter to voice their frustration at Bank of America – the first major lender to begin accepting Paycheck Protection Program applications.

To BoA’s credit, they are at least trying to roll-out the program to some customers. JPMorgan Chase and Wells Fargo have yet to open their web portals.

With the global number of confirmed coronavirus cases now above 1 million, the United States accounts for more than 258,000 of those infections.

As New York and the United Kingdom recorded their deadliest-ever days, IMF Managing Director Kristalina Georgieva sounded the alarm on the threat that the world economy faces during “humanity’s darkest hour” (video above):

Never in the history of the IMF have we witnessed the world economy come to a standstill. This is in my lifetime, humanity’s darkest hour, a big threat to the whole world, and it requires for us to stand us, be united.

Investors evidently did not respond positively to one of the world’s most prominent economists using such apocalyptic language.

Another rough day in the Dow 30 saw the index’s most heavily weighted stock, Apple, dip 1.6% to $241 after news broke it wasn’t planning to reopen its stores until May at the earliest.

After being attacked by Donald Trump on Twitter for shipping respirators to Latin America and Canada, 3M hit back against the president’s invocation of the Defense Production Act to force them to halt exports. MMM fell 2.6%. 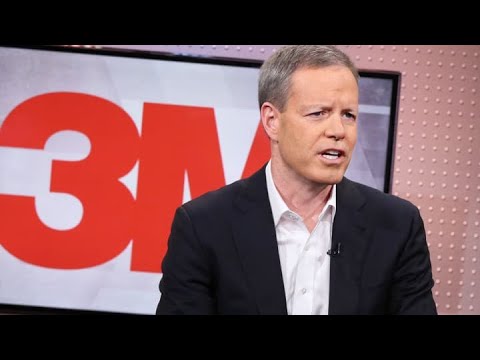 Strong demand for 3M’s N95 masks appears to be keeping a floor under the company’s share price despite the assault from the White House.

Raytheon Company completed its merger with United Technologies, and Raytheon Technologies Corporation debuted in the Dow Jones under the RTX ticker symbol.

The only two DJIA stocks firmly in the green were Pfizer and Boeing, moving 2.2% and 3.1% higher, respectively.

September 27, 2020 2 Comments
← PreviousFriday’s Unemployment Report is Just the Tip of a Terrifying Iceberg
Next →The Dow Will Hit 15,000 Before Reaching Bottom – Here’s Why