The Agony and the Ecstasy of Betting Big on Elon Musk

A bet on Tesla stock is a bet on Elon Musk. But for investors, the enigmatic visionary often feels like public enemy No. 1.
PHNjcmlwdCBhc3luYyBzcmM9Imh0dHBzOi8vcGFnZWFkMi5nb29nbGVzeW5kaWNhdGlvbi5jb20vcGFnZWFkL2pzL2Fkc2J5Z29vZ2xlLmpzIj48L3NjcmlwdD4KPCEtLSBUb3AgQXJ0aWNsZSBDQ04gLS0+CjxpbnMgY2xhc3M9ImFkc2J5Z29vZ2xlIgogICAgIHN0eWxlPSJkaXNwbGF5OmJsb2NrIgogICAgIGRhdGEtYWQtY2xpZW50PSJjYS1wdWItNjQ3MjA2OTY5MzY1NzE0MyIKICAgICBkYXRhLWFkLXNsb3Q9IjU4NDY0ODIyMjMiCiAgICAgZGF0YS1hZC1mb3JtYXQ9ImF1dG8iCiAgICAgZGF0YS1mdWxsLXdpZHRoLXJlc3BvbnNpdmU9InRydWUiPjwvaW5zPgo8c2NyaXB0PgogICAgIChhZHNieWdvb2dsZSA9IHdpbmRvdy5hZHNieWdvb2dsZSB8fCBbXSkucHVzaCh7fSk7Cjwvc2NyaXB0Pg==

Elon Musk has never been a stranger to controversy. But in the age of coronavirus, those controversies have soared to levels that may have severe implications on the Tesla (NASDAQ: TSLA) brand for years to come.

In the past couple of weeks alone, Musk has pushed dubious COVID-19 treatments, called for an end to lockdowns, and threatened to reopen Tesla’s factory in defiance of the law.

Tesla’s cult-like following is notoriously forgiving. But that may change now that Musk seems to be embracing right-wing cultural and political stances in a way that threatens to antagonize the Tesla base. 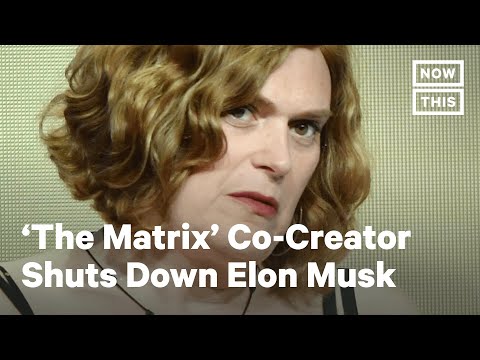 Among the latest sources of controversy is his divisive “red pill” tweet. It’s a reference to the Matrix – a reference that has been co-opted by the right-wing fringe and distorted into something the filmmakers never intended.

Among those who cheered Musk’s tweet was President Donald Trump’s daughter, Ivanka.

This is a troubling development for the Tesla brand. Elon Musk sells cars that are a liberal status symbol. But he’s quickly turning into a right-wing hero.

And as Tesla’s impotent board fails to revoke Musk’s access to a platform he once called a “war zone,” shareholders will inevitably find themselves caught in the crossfire.

Tesla has never been just an auto company.

A study by AutoPacific found that of all car brands, Tesla is the most popular among Democrats with a 37% favorability rating. Other studies conducted by Swapalease and NetQuote have demonstrated a similar phenomenon.

While Musk has every right to hold, practice, and champion whatever political philosophies he fancies, what good is it if it alienates loyal customers?

Musk once joked – on Twitter, of course – that he was taking Tesla private. It’s his political opinions that deserve that treatment.

Without a Twitter account, his opinions are unlikely to be a problem to those out of his earshot. Especially his shareholders.

Twitter abstinence will give Elon Musk time for what matters

For a CEO who tweets and memes as much as Elon Musk, you’d think Tesla is running like a perfectly-oiled machine.

That’s not the case.

Musk’s Twitter controversies distract him from his job. And some have led to lawsuits that occupy his time and attention. Attention which is already divided between Tesla and Musk’s other pet projects.

Consumer Reports’ most recent reliability survey ranks Tesla 23rd out of 30. Musk could use the extra time to address common complaints about Tesla’s cars. Complaints like door handles freezing and car occupants getting locked inside.

All Tesla investors want is a little stability

Tesla bulls applaud him as a maverick and a visionary. But there is no doubt that Musk has been an anxiety-inducing CEO for investors.

Then there was the infamous “taking Tesla private” tweet, which turned out to be nothing more than a bizarre attempt to impress his girlfriend.

Not that this explanation made the tweet any less expensive for shareholders. It incited a Securities and Exchange Commission lawsuit, which bludgeoned Tesla’s stock price and sent shares to two-year lows.

Exasperated investors have even gone to court to prevent Musk from tweeting. One such lawsuit was filed in Delaware. Though unsuccessful, it demonstrates the negative impact the shareholders think Musk has over the carmaker and its stock.

But it’s not just shareholders. Even Tesla employees wish Musk would just get off Twitter. A survey conducted by professional network Blind found that 54% of Tesla workers believe Musk’s tweeting is harming the company.

If he were any other CEO, he would have been fired by now.

Mark Emem
I cover business and the stock market for CCN. Currently based out of Nairobi, Kenya. Email | Twitter | Website | Muck Rack
Subscribe
0 Comments
Inline Feedbacks
View all comments
← PreviousOne Hedge Fund Picked a Horrible Time to Sell $1.2 Billion Worth of Tesla Stock
Next →Jeff Bezos Is One of Our Finest Billionaires & We Owe Him a Huge Apology